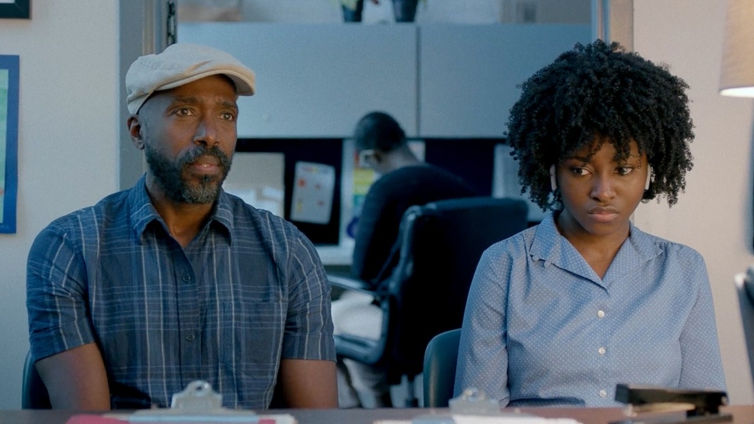 The Census Bureau projects that by 2060, 16.5% of U.S. Blacks will be immigrants. Ekwa Msangi’s film, ‘Farewell Amor’ attempts to unpack this often overlooked minority through the eyes of a mother, father, and child separated by time and space.

The film, debuting on Demand, shows viewers the deeply personal experiences of an Angolan family that’s reunited in Brooklyn, after living apart for 17 years.

Although it’s about one family’s experience, it’s told from three different perspectives: the father who was forced to leave home during the Angolan Civil War, the mother who stayed in Angola, and their daughter who stayed with her mother.

“With Sylvia, that relationship with her father, I was captivated by that,” newcomer Jayme Lawson says about her character in the film.

“A 17-year-old girl who hasn’t had her father physically in her life since she was a baby and all the mixed emotions that come with that of having this man who is absent, but not because he’s abandoned you, but because he’s gone to make way for a better life for you and your mother.

Yet, it feels like he’s abandoned you,” she shares. “This specific immigrant story that Ekwa had written. It wasn’t like anything that I had heard before or seen before.”

Farewell Amor stars Ntare Guma Mbaho Mwine (The CHI) and Zainab Jah (Eclipsed on Broadway) opposite Hollywood newcomer, Jayme, who plays their teenage daughter, Sylvia and was recently named as one of Variety’s 10 Actors to Watch in 2020.

Jayme auditioned for this role around the time of her graduation from Juilliard, last May, and began shooting just months later.

The 23-year-old also starred in For Colored Girls Who Have Considered Suicide/When the Rainbow Is Enuf at New York’s Public Theater back in 2019 and has a role in the upcoming Batman movie, starring Robert Pattinson and Zoe Kravitz. She spoke with Teen Vogue about the film and her experience filming her debut film role.

“Shooting was amazing,” she says of the Crown Heights, Brooklyn set — not far from where she lives.

“I mean, it’s crazy, because of COVID, that kind of filming experience is not possible again, for… who knows how long? Just the nature of how intimate the set was. We were crammed in this railroad-style apartment.

We got really close on set and it was the best time. It was just the best time. Everyone showed up to set, wanting to be there and excited about what Ekwa had created. It holds a special place in my heart.”

Jayme also spoke about the specific experience of filming a movie written and directed by a Black woman, a Tanzanian-American filmmaker.

“I think the nature of the way in which the set was run and the way the characters were taken care of is because of Ekwa. She was just very inviting and created such a safe space,” she says.

That humanity comes through in various moments throughout the film, especially with the film’s portrayal of the role that dance plays in connecting this estranged family. Jayme’s character performs an Angolan style of dance, called Kuduro, after connecting with DJ, played by Black-ish star, Marcus Scribner.

“Each and every character, including mine, has faced adversity and overcome it, Marcus says. “This is a story of strength, resilience, and commitment to loving one another and oneself. Being the guiding voice for a person new to the U.S. addressed exactly what we need more of right now. That’s why I leapt at the opportunity to play DJ.”

Jayme also feels the significance of this film during our current political climate. “This time that we’re dealing with, in the country, and all the rhetoric around immigrants. I think this is important to bring back humanity to a group of people that have been written off. And it couldn’t be more timely.”