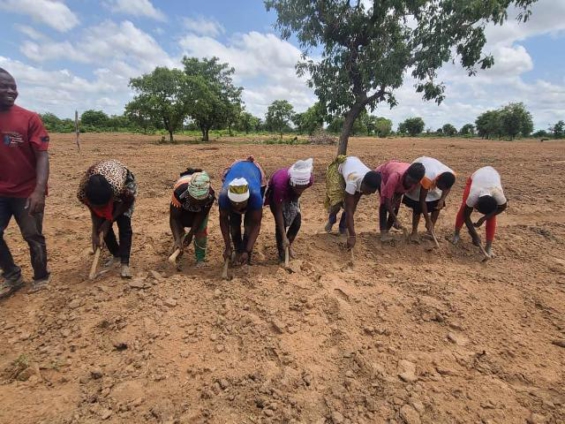 Maize farmers and tractor operators in the Sissala area of the Upper West Region have appealed to the government to consider increasing and equipping the security personnel in the area with enough logistics for consistent patrol for adequate protection.

This, they said, would help ward off the threat of potential terrorists attack recently hinted in the country through the Ghana Police intel report and the discovery of terrorist camp in the area.

The farmers made the appeal when the Ghana News Agency visited some farms in the Kassena enclave in the Sissala East Municipality to assess the progress of farming.

The Ghana Police Service on June 15, 2021, in a report indicated that Burkina Faso-based bandits were allegedly planning to launch attacks in communities around the Burkina Faso-Ghana border and within the Bolgatanga Township and its environs, which had put fear and panic to the people in the border communities.

A commercial farmer, Mr Nandzo Borsumuah, told the GNA that though the government had assured its citizens of safety and how it was putting efforts to keep its citizens safer, the Intel on the potential evasion of terrorists should not be taken lightly as some of the country’s borders were porous and easily penetrable.

“I heard about the terrorists and that has put fear in me and other farmers and I am always thinking of whether to come back home each time I go to the farm” he said.

Ms Dentie Wofalidaa Ayishetu, speaking on behalf of some women sowing on a maize field said “we have heard about the potential terrorists attack and we wish we had the Police and the security patrol around our farms to make us feel safe”.

“We always come here in group of not less than 20 to either plant or farm but because of the threat most of the labourers, especially from the Upper East Region are still not here”, she said.

A resident of Kassena, Mr Dramani Iddrissu, expressed fear saying, “Our community is lying close to Burkina Faso and there is no security presence here in Kassena. I would be happy if the security could be beefed up at the borderline to prevent them from coming into the country”.

Some of the farmers also appealed to the government to get the military to patrol the farming communities with helicopters to scare the terrorists from coming into Ghana.

They said it was important to station enough security men at the boundaries from Gwollu to Tumu to Paga to prevent the movement of terrorists into the communities.

The Municipal Chief Executive of the Sissala East Municipality, Mr Karim Nanyua, assured the farmers that security plans had been put in place for the Sissala area and urged them to volunteer in giving out information to assist the security personnel working in the area to help secure their safety.