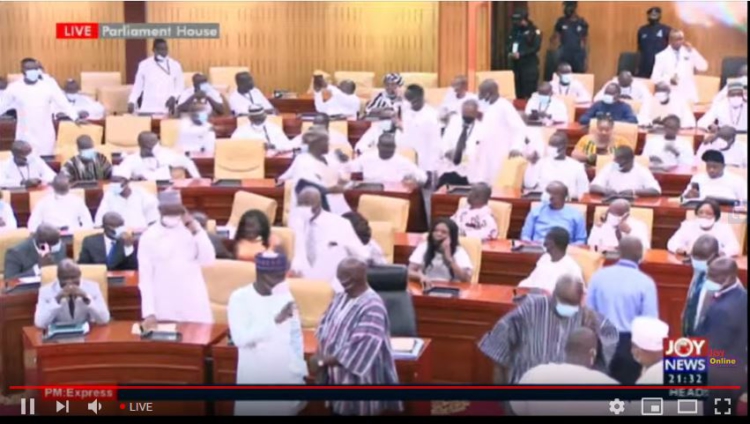 The Finance Minister, Ken Ofori-Atta, is expected to hold a crunch meeting with the Minority Caucus in Parliament over the controversial Electronic Transaction Levy Bill (E-Levy) on Thursday.

According to him, the Minister reached out to the Minority Leader, Haruna Iddrisu, asking for an engagement with the NDC MPs.

Mr Mubarak indicated that his side of the House will honour the invitation, but they will go into the meeting with secretaries and recording devices.

“This morning, my leader just informed me that the Finance Minister spoke to him. Well, we have insisted that everything we now have to do should be official, so I said they should put it into writing.

“Finance Minister spoke to him [Haruna Iddrisu] wanting to meet us [Minority MPs] tomorrow, January 27, 2022. So we are putting together our rankings. He’s coming to talk to us, so we are going to listen,” he said.

The 1.75% E-Levy, which has become a subject of debate among Ghanaians when approved, is expected to rake in a little above ¢6 billion in tax revenue for the country.

The Asawase MP said government has failed to prioritise engaging the Minority for the month that Parliament was on recess.

Earlier, the Majority leader, Osei Kyei-Mensah-Bonsu, indicated that the debate on the controversial E-levy Bill has been slated for next week [February 1], contrary to an agreement to deal with it in the first week when Parliament resumes.

Speaking to Evans Mensah, Mr Mubarak said his side cannot guarantee a peaceful consideration if the Majority side attempts to circumvent the rules.

There was a free-for-all fight between Minority and Majority MPs when the House considered the bill during the 3rd meeting of Parliament.

The fight broke out when First Deputy Speaker Joseph Osei Owusu attempted to vote on a procedural issue in the House whilst presiding.

The bill’s consideration was deferred for cooler heads to prevail and for government to hold broader stakeholders engagements.

But it is unclear if such engagements have yielded the needed consensus for the smooth passing of the bill.