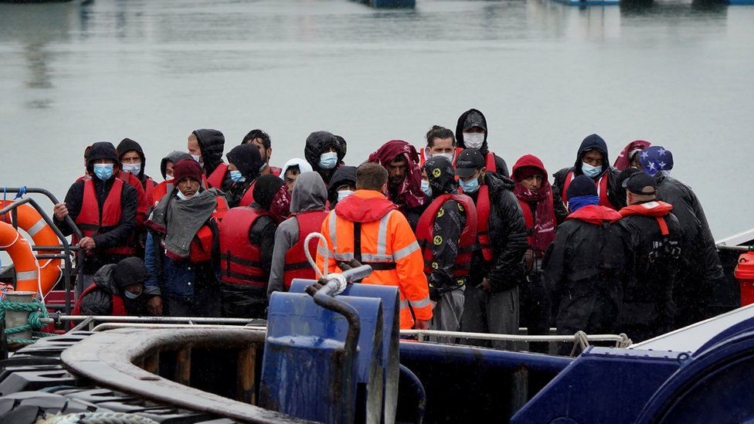 The first flight to Rwanda carrying migrants who cross the English Channel is set to leave in two weeks’ time on 14 June, the Home Office has said.

Officials have begun issuing formal directions to the first people set to be flown to the African country.

It is expected there will be legal challenges against the move.

The controversial plan has been criticised by politicians, charities and the Archbishop of Canterbury who called it the opposite of God’s nature.

Under the scheme, some asylum seekers who have arrived in the UK are being sent to Rwanda where their application will be processed.

Home Secretary Priti Patel said the partnership with Rwanda was “a key part of our strategy to overhaul the broken asylum system and break the evil people-smugglers’ business model”.

More than 4,850 people have crossed the Channel in small boats this year, with more than 3,000 making the dangerous journey in March compared to 831 in the same month last year.

A source said “fewer than hundreds” of migrants were being given directions at first.

The removal directions confirm to people that they are being sent to Rwanda, and when.

The Home Office is expecting legal action, both by individuals threatened with removal and by campaign groups opposed to the government’s policy.

Ms Patel said issuing the removal directions was “another critical step” and that while she knew “attempts will now be made to frustrate the process and delay removals” she said she would not be deterred.

The Home Office said officials are working to ensure individuals are given the “appropriate support” ahead of departure.

The scheme will focus mainly on single people who arrive in the UK in small boats or lorries and those who arrived by such means since 1 January will be considered to be sent to Rwanda.

Those who fail in their asylum bids in Rwanda will be offered the chance to apply for visas under other immigration routes if they wish to remain in the country, but could still face deportation.

Critics of the scheme have described it as “cruel” and have raised concerns about the African nation’s human rights record.

Last year the UK government expressed concern at the United Nations over “continued restrictions to civil and political rights and media freedom” in Rwanda, but when announcing the scheme Prime Minister Boris Johnson described it as one of the safest countries in the world.

Shadow home secretary Yvette Cooper said on Tuesday the scheme was not about deterring criminal gangs or small boat crossings but “chasing headlines”.

“This is a completely unworkable, extortionately expensive, and deeply un-British policy,” she said. “There is no proper process for identifying people who have been trafficked or tortured.”

Ms Cooper added that the Home Office still had not announced how much the scheme will cost per person on top of an initial £150m.

DISCLAIMER: The Views, Comments, Opinions, Contributions and Statements made by Readers and Contributors on this platform do not necessarily represent the views or policy of Multimedia Group Limited.
Tags:
Channel migrants
Rwanda