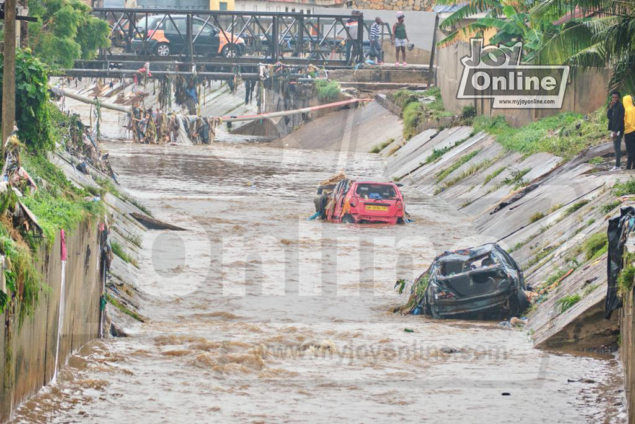 Torrential rains have left some parts of Accra flooded again.

Some commuters in the capital have been badly affected as roads leading to workplaces and schools have been disrupted.

Current situation at Kwame Nkrumah Circle. People are reportedly stuck under the overpass due to the downpour. #AccraFloods #DaybreakHitz pic.twitter.com/30Y7rh3axa

The areas include Kaneshie, Achimota, Teshie, Dansoman, Darkuman and Kwame Nkrumah Circle among others.

Scores of Ghanaians have also taken to social media to post about the situation in their areas.

Here I am thinking I’m in a vehicle. Turns out, I’m under a strainer. Water dripping from all angles. The worst part is the waterfall behind me when the car moves. Inhaling smoke and no ventilation. ACCRA 😩😩 #accraflood #accrafloods #accra #RoadSafety pic.twitter.com/r1X9xsv4nH