Football quiz: How well do you know your AFCON? - MyJoyOnline.com

Football quiz: How well do you know your AFCON? 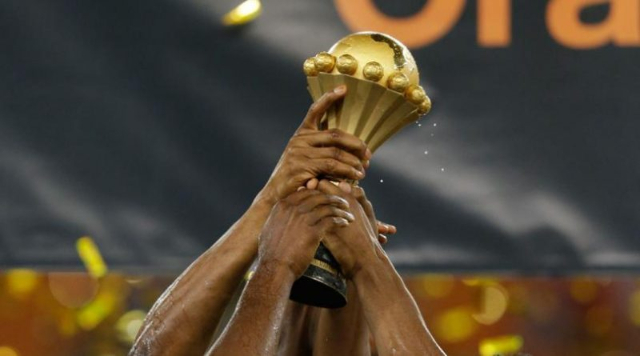 1. Egypt was the first country to win the tournament. Who was their coach at that time?

Answer: Mourad Fahmy – He led Egypt to win their first AFCON title in Sudan beating Ethiopia 2-1 in the final.

2. In CAN 2010, Nigeria played a game against Benin. What happened during that match?

1. The Super Eagles used three captains in that game

2. The Nigerians made no substitutions

3. The Squirrels scored two own goals

4. Five goals were scored in that match

Answer: The Super Eagles used three captains in that game (Captain Joseph Yobo started the match but got injured during the game, he then gave the armband to Yakubu Aiyegbeni who scored the only goal of the game through a penalty strike, he also got substituted and passed on the armband to Osaze Odemwingie)

1. The participating teams was increased to twenty-four

2.CAF limited the number of overseas players in each team to two

3. The host nation automatically qualified to the quarterfinals

4. The winner of the championship kept the trophy

4. How many countries took part in the first edition of the African Cup of Nations Championship?

Answer: Three – Egypt, Sudan and Ethiopia took part in the first edition of the AFCON with Egypt winning it

5. Which nation was first to win the title a record of three times?

6. Who is the all-time top scorer of the AFCON?

Answer: Samuel Eto’o – With 18 goals, the Cameroon player is the all-time top scorer of the tournament

7. How many teams have won the trophy on their first appearance?

Answer: Three – Egypt, Ghana, South Africa are the only nations to win the title on their debuts

8. Who is the oldest player to have scored in the tournament?

Answer: Hossam Hassan – The Egyptian at 39 years and 174 days, scored a goal against DR Congo in AFCON 2006

9. Which Nation has the most appearances in the tournament?

Answer: Egypt – With 24 appearances, Egypt holds the most appearances

10. In 2010, Togo withdrew from the competition, what was their reason?

1. Their team bus was attacked by gunmen in Angola

2. The Togolese did not have enough players

3. The team could not make it to the tournament on time

4. The Togolese coach resigned just before the competition started

Answer: Their team bus was attacked by gunmen in Angola

11. For the first time in the history of the AFCON, two nations hosted the tournament. What year was that?