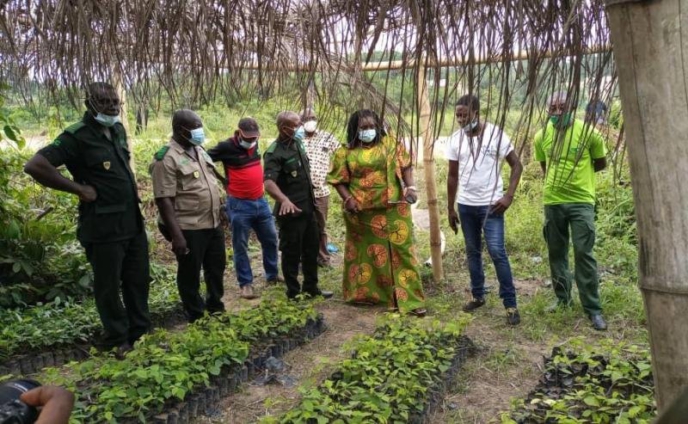 According to her, the Commission would need the support of all to plant a targeted five million trees by the 11 June, 2021.

The Deputy Forestry Commissioner made the call in an interview with the Ghana News Agency as part of her tour of the Western North Region to inspect nursery sites in the Region, and to ascertain how prepared the Regional and District offices of the Forestry Commission were ahead of the Nationwide Green Ghana exercise.

She appealed to individuals, fan clubs, religious institution, schools and traditional authorities to actively support the initiative since that was the only way to make Ghana green.

Madam Manu announced that the Western North Region has targeted to plant 420,000 trees and was happy all the District offices have raised more seedlings, and expressed hope that more trees would be planted.

She said the activities of illegal mining and chain saw operators had caused more damage to the environment and that more trees were required to be planted to save the vegetation cover.

As part of her tour, she engaged workers under the Youth in Afforestation Programme in the various Districts and asked them to remain calm as the Commission had put in place measures to pay them the allowances due them.

“The Forestry Commission recognizes the role you have played all these years and we expect you to join forces and make the Green Ghana initiative a success”.

The Abusuapayin of Wiawso Traditional Council, Nana Agyemang Badu, who spoke on behalf of the Paramount Chief, pledged that the council would give the Commission the needed support and asked residents to take part in the Green Ghana Initiative.

He commended the sector Minister for the initiative and assured that the Regional Forestry Commission and District offices were prepared to ensure the success of the project.

He announced that they had already engaged traditional and religious authorities, opinion leaders and all stakeholders within the Region.