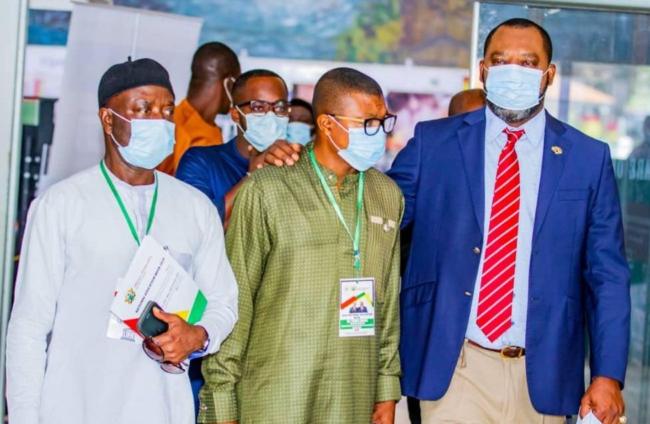 The former Director-General of the National Council for Curriculum and Assessment (NaCCA) has applauded the appointments of Dr Matthew Opoku Prempeh and Dr Yaw Osei Adutwum as Energy and Education Ministers respectively.

Dr Prince Hamid Armah said given their performances in the first term of the Akufo-Addo government, he is convinced the two appointees will give a good account of themselves in their new offices.

The Kwesimintsim MP made these remarks in an interview while sharing his experiences as a first-time legislator.

In a formal communication to Parliament on Thursday, President Nana Addo Dankwa Akufo-Addo nominated 46 ministers for his second term administration.

Among the nominees were Dr Matthew Opoku Prempeh, former Minister of Education who now heads the Energy Ministry and Dr Adutwum, his former deputy who now becomes the substantive Education Minister.

Dr Armah believes that the two, whom he worked with initially as a public policy advocate and later as the head of the national curriculum and assessment body, have the competence necessary to justify the confidence of the president.

As head of VIAM Africa, now IFEST, and prior to his appointment as NaCCA boss, Dr Armah had engaged the two personalities on major policy debates and articulated his views succinctly on the education sector.

Congratulating Dr Opoku Prempeh, the Kwesimintsim MP said: “I am happy to hear that my former boss, Dr Matthew Opoku Prempeh will bring his amazing energy, experience and competent management to Ghana’s energy sector as the new minister.

“Dr Opoku Prempeh leaves the education sector as one of the most consequential ministers in our history and with a legacy that will endure for the ages. I have every confidence that he will do as well in the energy sector. Congrats, boss.”

On his impressions about the former Deputy Minister, Dr Armah stated that Dr Adutwum is a well of knowledge in issues about education and will no doubt perform in his new capacity.

“I am thrilled by the nomination of Dr Yaw Adutwum as Minister of Education. I had the privilege of working with Dr Adutwum on the very important and far-reaching reforms to Ghana’s education over the last couple of years and I can attest to his deep knowledge, understanding and appreciation of the issues that we must address to improve education in the country.

“I have no doubt that His Excellency made the right choice and I know that Dr Adutwum is well placed to continue the proud legacy that he inherits from Dr Matthew Opoku Prempeh. Best wishes, Dr Adutwum. I know you will succeed.”

Dr Armah worked closely with the duo as Director General of NaCCA, when the country undertook several radical reforms in the education sector. These include the introduction of a new standards-based curriculum and the introduction of the common core programme. This was also the period in which the Free Senior High School Policy was introduced.

With the list of deputy ministerial nominees yet to be named in the coming days it is very likely Dr Armah may be considered to continue his good working relationship with Dr Adutwum, owing to his widely celebrated tenure at NaCCA.