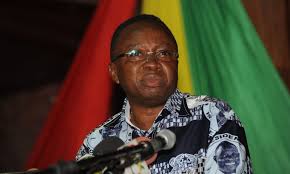 Former Minister for National Security, Kofi Totobi Quakyi has expressed concern over the government’s failure to enforce recommendations of the Emile-Short Commission as a mechanism to battle violence ahead of the December 2020 polls.

This follows President Akufo-Addo’s response to reports of a case of assault against a serving soldier by an official of the Bureau of National Communications of the National Security Council Secretariat.

The President, in a press release by Information Minister Kojo Oppong Nkrumah, had ordered the interdiction of the said officer and instructed the Ministry to commence a full investigation into the incident.

But according to Mr. Quakyi, President Akufo-Addo’s response does not necessarily mitigate the fears of Ghanaians as “the mention of national security operatives evokes bitter memories of their complicity”.

The former Minister for Information referenced 2019’s infamous Ayawaso West Wugon bye-elections saga, of which the Emile-Short Commission was set up to make specific suggestions to curbing similar acts in the future.

“Sadly, there commendations of the commission was set aside by the President. The recent exploits by national security operatives in attacking and humiliating a senior non-commissioned officer in the full glare of the public is reminiscent of a group that feels justified and emboldened.

Already, there is pervasive anxiety among Ghanaians as we inch closer to the December 7 polls. That anxiety is being fueled by the recent assault on the military officer by members from the same group whose lawless actions have in the past gone unpunished,” he noted.

The former Information Minister further admonished that the conducts of National Security operatives during the Presidential and Parliamentary elections will serve as a determinant of President Akufo-Addo’s commitment to anti-violence.