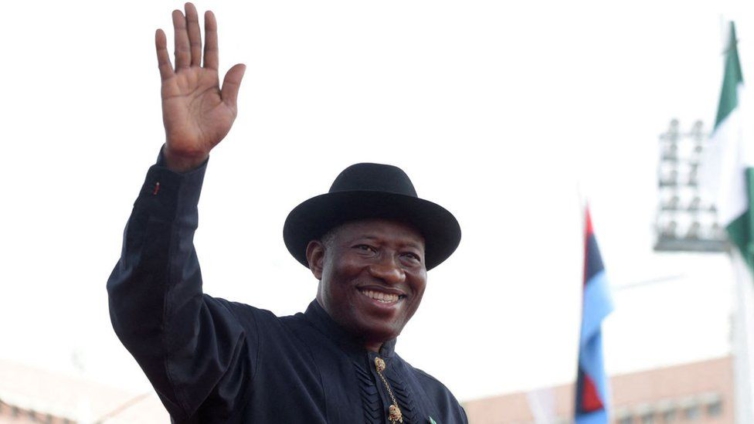 Goodluck Jonathan will face stiff competition in the presidential race

Former Nigerian President Goodluck Jonathan is seeking to return to office in next year’s election after switching political party, the BBC understands.

Mr Jonathan has joined the ruling All Progressives Congress (APC) that defeated him in 2015 after five years in power.

A supporters’ group bought the nomination form on his behalf on Monday, continuing the trend of aspirants using proxies to purchase the form.

His decision to enter the race with the APC has come as a huge surprise to many Nigerians, especially those in his former party, the People’s Democratic Party (PDP).

For months, rumours had swirled over his secret defection to the ruling party but neither Mr Jonathan nor his associates had commented.

Nigeria’s main political parties are expected to hold their primaries later this month to meet the election commission’s dateline of 3 June for the submission of their candidates for the February 2023 election.

It is not clear why Mr Jonathan decided to switch parties, but there have been rumours he has been unhappy following his loss in 2015, when he reportedly felt betrayed by key associates within the party.

He is only eligible for one more term if he wins next year which might mean power returning to northern Nigeria in an unwritten, controversial arrangement that alternates power between north and south. Mr Jonathan is from southern Nigeria.

Whoever gets the APC’s nomination for the election will expect a stiff contest from the PDP.