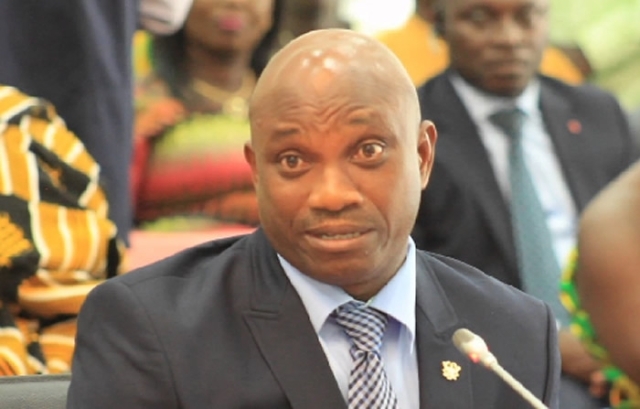 Government says it is disturbed by the posture of labour unions as it races against time to avoid a total breakdown of negotiations for the base pay.

This comes after the government, represented by Deputy Employment Minister Bright Wireko-Brobby, offered an 18% salary increase during negotiations with Organised Labour on Wednesday.

But Organised Labour rejected the offer with an explanation that they cannot accept anything below 60%.

They actually reviewed the previous 60% increase demand in base pay to 65%. This they explained is due to the tax increases announced in the 2023 Budget, particularly an increase in the VAT rate.

The Deputy Employment Minister, Bright Wireko-Brobby, in and interview with JoyNews’ Michael Asharley after the meeting, stated that he is disturbed by the turn of events.

“We have met but labour insists on a figure, so we will go back and reconvene …We have tabled something and labour says that they are unwilling to take it. So it is a clear state of frustration, of course, you do not expect me to be happy when there is this state of affairs,” he said.

Speaking in an interview on JoyNews’ Upfront on Wednesday, Prof. Adei explained that “the public sector wage bill and that of debt servicing takes about 90 plus per cent of all our revenues.”

DISCLAIMER: The Views, Comments, Opinions, Contributions and Statements made by Readers and Contributors on this platform do not necessarily represent the views or policy of Multimedia Group Limited.
Tags:
Bright Wireko-Brobby
Organised Labour