Government is failing to admit we have a problem - Dr. Yamson - MyJoyOnline.com

Government is failing to admit we have a problem – Dr. Yamson 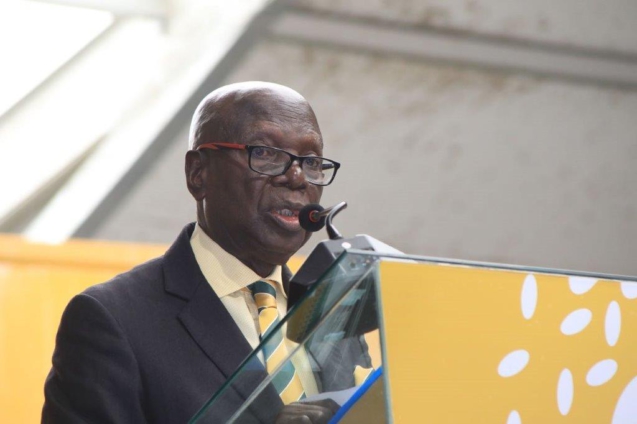 Economist, Dr. Ishmael Yamson says Ghana’s leaders are failing to admit that the country has a serious problem.

According to him, the admission that the country is in very difficult times would solve 80% of the challenges the country is currently facing as this would signal the government’s eagerness to look for a solution.

Speaking on PM Express Business Edition he stated that the country’s situation is so dire that for the first time Ghana is unable to access European funds to undertake developmental projects.

“It is a very difficult situation we have to the extent that we can’t access Europe money. And don’t forget Europe money help this country a lot to stabilize the macro environment, the fiscal environment, and the moment we lost it, we were exposed,” he said.

He explained that much of the country’s problems stems from the fact that since independence, successive governments have failed to restructure the economy; heavily relying on the colonial structures which are rapidly becoming obsolete.

“We still have an economy which is the same as when I was a student of economics. The structure hasn’t changed. And why? How many years after independence? We have had all the opportunity to restructure the economy.

“And one thing that really shocked me recently was when I read that in 2021 Ghana produced 888,000 tonnes of cocoa and Cote D’Ivoire produced 2million tonnes. And yet just between the Kufuor administration and Atta-Mills administration, we had crossed a million tonnes, so what happened? Why are we now going backwards?”

He further noted that the country’s overreliance on oil money was a rather dangerous venture especially taking into consideration that most of the world’s superpowers have set into motion plans to phase out their production and use of fossil fuel products in the coming years.

According to him, even though the country may be enjoying a positive trade balance as a result of the Russia-Ukraine war, when the price of oil tumbles, the country will be hit very hard.

“I think we have been saved to some extent because global commodity prices have shot up. Oil price, this morning 230 dollars per barrel of brent crude oil. So that will tell you that Ghana has, you know, our trade balance has improved dramatically.

“But for me it’s just deceiving ourselves that our trade balance has improved. It has improved because there’s a crisis in the world that has pushed world market prices to 230, so if we’re producing oil but we’re a net importer we’ll pay the price. So the first point is that we haven’t been serious about changing the structure of our economy.”

He added that “Today people come here and if you look at the source of foreign exchange revenue, the oil money its simple. Everybody knows once you get there you’ll make money. But if we should think deep, oil is a sunset industry. Very soon all these fossil fuel products where will they be?

“The Europeans, the Americans, they’re all saying by 2030 they’re not going to produce oil. So if you are putting your faith in an industry which is disappearing and we’re so happy doing that, and we’re happy because we have improved our trade balance because oil prices has gone up tomorrow if oil prices crashes to 40 dollars where will we be?”

He has thus called on the government to admit the country has a problem and accept all the help it can get before it is too late.