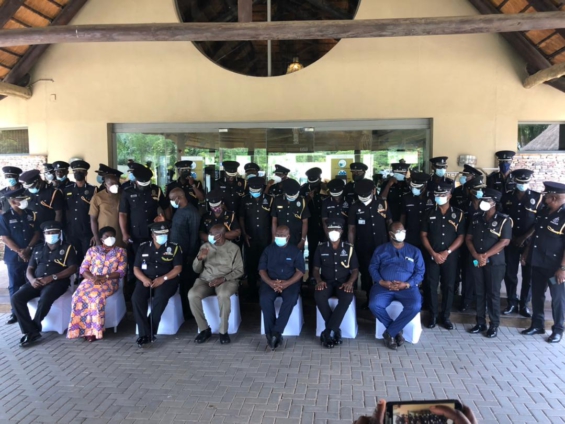 “The population of the Police Force is about 40,000 and the population estimated [of Ghana] is about 30 million. UN says minimum standards is one police man to 500 people.

” As I speak to you Ghana is currently at one policeman to 768 people which falls short of the global standards. There is the need to boot staff level and you have my assurance that government shall do so going forward. So we will increase staff and go beyond the global standards.”

The Police Service have over the years complained about the the number of personnel it has, arguing they are not enough to deal with growing crime rates and the demand for more policemen in communities.

The minister of interior made this disclosure at the National Police Command Conference which had members of the top police hierarchy in attendance.

The conference will last for three days and it is expected the officers will devise strategies to deal with security challenges in the country develop more innovative means to fight crime.