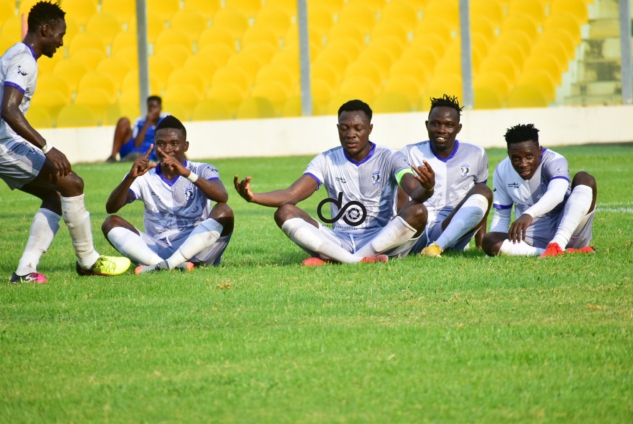 After match day five over the weekend, midweek witnessed the outstanding set of matches for various clubs in Ghana’s premier division take place.

Hearts of Oak and Asante Kotoko both fell to painful defeats while AshantiGold trashed King Faisal.

Everyone knows Alhaji Grusah will not be happy with such a defeat but here’s what most don’t know about what matchday 6 holds.

Friday morning may have come too early for Maxwell Konadu. After a painful defeat to Olympics, the 48-year-old was axed from the club. Results have failed to go the way Kotoko and majority of its fanbase expected the sacking of the manager.

The season has already been underwhelming after all the hype and ecstasy which surrounded the club in pre-season.

Johnson Smith has been given the reins of an ailing football club to stabilize. Two days of preparation might not be enough to help Smith prepare for a difficult journey to Dawu on Sunday, where Dreams wait.

What in the Heavens is going on at Asante Kotoko? Their medical and fitness staff genuinely need some questioning. The season is only 5 weeks old and at the rate which the porcupine warriors are running, they risk having no players by the time we hit match day 20.

Key players such as Augustine Okrah, Felix Annan, Latif Anabila and Ado Frimpong have been on the receiving end of injuries.

In total, seven different players have been hit by injury this season.

One thing is expected when Dreams play at Dawu and that is intensity. With Kotoko’s injury problems and a difficult trip, there is a possibility the injury issues might not be over.

Karela, Ashgold and Bechem United are the only three teams yet to taste defeat this season.

After a combined 13 games, the three teams have won seven of them with six stalemates shared among them but on Friday, one of Karela and Bechem are likely to lose that bragging right as first and fourth face-off.

If among these two, there’s one more likely to maintain their streak, then it’ll be Karela just for their sheer love to score goals. They have scored the third most this season, three more than Bechem though Bechem have conceded one less.

Hafiz Konkoni and Diawise Taylor are two marksmen who have proven themselves and look set to finish among the top ranks of the league’s top scorers. Between themselves, the two have already provided five goals in a combined nine appearances for Bechem and Karela.

The two strikers are set to square off at the Nana Gyeabour Park when Bechem United host Karela and with both teams boasting impressive records this season already, it’ll be entertaining to see which of the strikers come out on top.

It’s second v fifth at the Accra Sports stadium when WAFA travel to the city capital and the fixture is one set in stone.

The two have met a total of seven times with what has been quite a pleasing battle between the two but WAFA have the edge with three wins as against Great Olympics’ two.