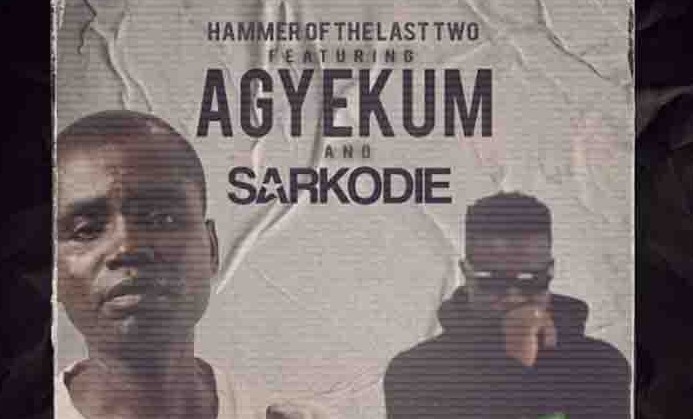 Two years after the passing of Highlife artiste Kaakyire Agyekum, music producer Hammer of The Last Two has released the video of his hit song ‘Ohohuo Asem’.

The song which featured the late Agyekum and Sarkodie was originally recorded and released as The Last Two Reprisal compilation album in 2011.

‘Ohohuo Asem’ highlights the plight of migrants, their struggles, and their journey on a foreign land.

According to Hammer, some of the issues addressed in the song were dear to Agyekum since some of them were taken from his life story.

Eight years after the songs was leaked, Hammer and Agyekum agreed to shoot a video for the song. However, shortly after filming the video with Director Hafiz, Agyekum fell ill and died days later.

Kaakyire Agyekum died after a brief illness in November 2019 at age 31.

Sharing the story on Showbiz A-Z on Joy FM, Hammer said that “he (Agyekum) came through to watch the first cut and went back to Nkawkaw.”

“Then we heard he had fallen sick and had been taken to Koforidua Government hospital. I spoke to him, did a video call with him and after two days his brother called me and said Agyekum had passed away.”

Hammer said he decided to put a halt to the video out of respect for his family who was grieving his loss. He stated that he blames himself for waiting too long to officially release the song.

However, while in the JoyFM studio, some industry persons including George Quaye and Sadiq Abdulai Abu who were touched by Kaakyire’s story urged Hammer to release the video in remembrance of the artiste.

Hammer, who agreed with the suggestion, stated that the proceeds from the song will go to the three children Kaakyire Agyekum left behind.

Hammer during the interview revealed he met Agyekum at the studios where he recorded. Agyekum at the time was a cleaner in the building. After hearing Agyekum sing while cleaning, Hammer decided to work with him.

Agyekum, however, got fired after his boss realised he had been recording.

DISCLAIMER: The Views, Comments, Opinions, Contributions and Statements made by Readers and Contributors on this platform do not necessarily represent the views or policy of Multimedia Group Limited.
Tags:
Hammer
Hammer of the Last Two
Kaakyire Agyekum
Sarkodie