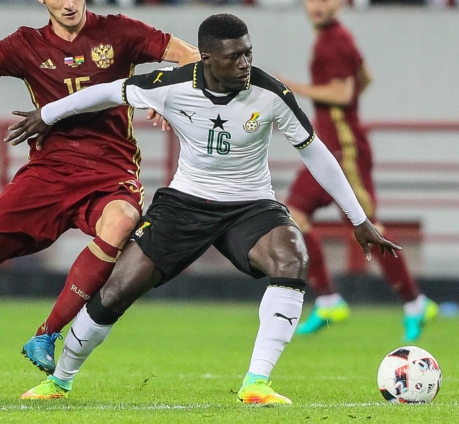 Black Stars head coach, Otto Addo, has revealed Alfred Duncan was in his plans for the 2022 World Cup, before the midfielder called it quits on his international career.

The Fiorentina midfielder announced his retirement from the national team, citing cases of discrimination from current and previous Black Stars handlers. His sporadic career with the national team which stretches back to 2012, saw him make only nine appearances for the Black Stars.

Ahead of Ghana’s opening game in the 2023 AFCON qualifiers, Addo, stated that he held conversations with the midfielder, as he was considering him for a role at Ghana’s World Cup campaign in Qatar.

“The last time I called him was in February, we had good talks. I wanted to invite him, [but] he told me the reasons he didn’t want to come and I had to accept it. It was hard for me to understand because he had the opportunity to maybe join the team which was going to the World Cup – but he has his reasons and I have to accept it,” Addo said to the media.

“It’s okay, he’s a good guy. Actually, he has bad experiences and in football sometimes it’s tough as a player and everybody has an experience off the pitch and sometimes on the pitch. This is the business, it is very, very hard and you have to find your way through. He has good qualities and it is sad he decided to quit this way.”

After beating Nigeria via the away goals rule in March to qualify for Qatar 2022, the Black Stars will look to build on by beating Madagascar in Cape Coast.

Ghana is in Group E with Angola, Central African Republic and Madagascar.

DISCLAIMER: The Views, Comments, Opinions, Contributions and Statements made by Readers and Contributors on this platform do not necessarily represent the views or policy of Multimedia Group Limited.
Tags:
Alfred Duncan
Black Stars
otto addo