He has experience, does not dislike Akufo-Addo – Gabby Otchere-Darko expresses contentment with Bagbin’s speakership 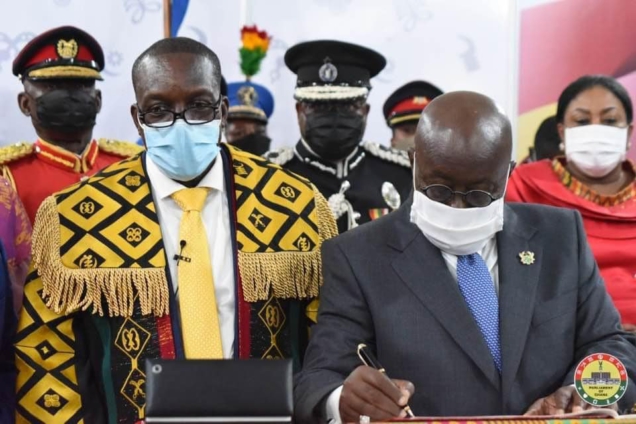 Founder and Executive Director of the Danquah Institute, Gabby Asare Otchere-Darko has expressed satisfaction with the election of Alban Bagbin as the Speaker of the 8th Parliament of the 4th Republic.

This according to Mr. Otchere-Darko is because despite Mr. Bagbin being a “true green NDC”, he has the maturity and experience needed for that position, adding that Bagbin does not dislike the President, Akufo-Addo although he is from the opposition party.

“If the nation must have a Speaker from the Opposition who can be expected not to unduly frustrate the work of Government, then Bagbin is he,” he added.

Under the circumstances, Alban Bagbin is the best person from the NDC to be Speaker under an Akufo-Addo presidency. Yes,…

This was after hours of chaos and drama in the august House by members of the Legislature.

Among other things, the NPP MP for Tema West, Carlos Ahenkorah had snatched some of the ballots during the counting process in an effort to force a rerun of the polls.

Mr. Bagbin, however, made history when with support from the opposition, he polled a 138 win over his opponent who had 135 to become the first Speaker, not from the governing party.

But in a Facebook post sharing his opinion on the election, Mr. Otchere-Darko who is a leading member of the NPP said he was optimistic the new speaker will not push a ‘JM agenda’.

He therefore believes Mr. Bagbin when he says “he will serve the nation with honesty.”

“The NPP remains the Majority in Parliament to drive the agenda of the Executive and requires the full, professional cooperation of the Speaker.

“For now, the jury is still out. But, it cannot be as gloomy as some may fear. I hope it will all be good for Ghana. For, that is the ultimate interest,” he concluded.