Hot Audio: I’m not against ‘intelligent’ Bawumia but… -Stephen Adei 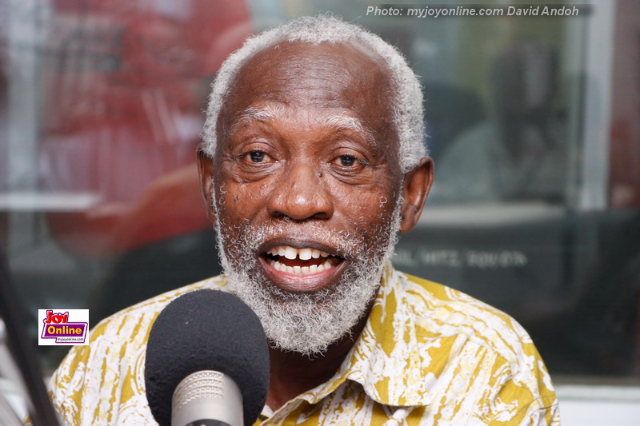 Ashesi University Professor, Stephen Adei says the explanation offered by the office of Vice-President after his criticism that Dr Mahamudu Bawumia’s convoy is too long, is offensive.

According to the former GIMPA Rector who is currently the Dean of Arts and Sciences at Ashesi University, the staff who claimed that Dr Bawumia’s convoy is a seven-car convoy was being economical with the truth. on the contrary, is “intelligent and he is doing well”.

He told Kojo Yankson on Joy FM’s Super Morning Show Wednesday that: “I think that the Vice President as a person is doing a great job [but] he shouldn’t allow things like this to destroy him…but if thinks the old man [Adei] is a talker then he should go on.”

Prof. Adei earlier this week threatened to start a campaign against state officials including Vice President Bawumia, to force them to reduce the number of cars in their convoys.

“…tell them that the next time I see Bawumia or any of them travelling with 16 four-wheel drives, occupying the two lanes, I’m going to do a one-man crusade. That must be stopped at once,” he said.

“The Office would like to make it clear that the Vice President and his team use a maximum of 7 vehicles on trips outside Accra and not 16. The 7 vehicles include a leading police vehicle, security detail, Protocol, the media team and an ambulance.”

Displeased with the explanation from Veep’s Office, Prof. Adei said the response does not indicate “a good leadership posturing in a country like Ghana.”

“There must be some young men at Bawumia’s Office who issue statements without thinking about the consequences. They were being economical with the truth,” he stated.

“I think the impression he gives is not good….all that I said is that this thing is too much. I’m not saying it because I’m against him, in fact, he’s intelligent and he is doing well,” stated the man who spent 35years of his life in public service.

He said the fact that Dr. Bawumia travels with seven vehicles is immaterial.

“…the material thing is that they were a minimum of 14 [vehicles] which were driving at parallel…it gives an image of snobbishness and disregard to the image of the Vice President and I don’t think that even the Head of State will do that,” he stressed.