I advocated introduction of Afrobeats category at VGMA – Kelvyn Boy 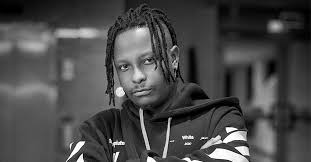 Musician Kelvyn Boy says he inspired the introduction of the Afrobeats category at this year’s Vodafone Ghana Music Awards (VGMA).

The musician noted he is one of the people who campaigned extensively for the acceptance of the genre.

He told KMJ in an interview that; “Everyone knows that I started campaigning for that category before they put it in .I won’t say it was because of me but I have to say it now because our children are watching and that’s the fact.”

He got signed to Burniton Music Group owned by Stonebwoy but left the label in the year 2019 due to some controversies.

In February 2018, the musician had released a song titled ‘Afrobeats’ and is recently out with his album ‘Black Star.’