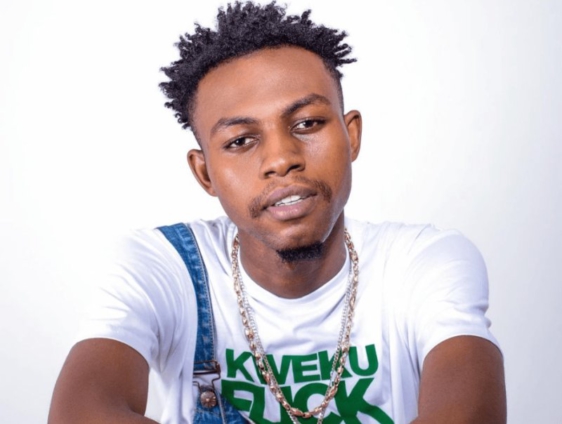 Ghanaian musician Andy Osei Sarfo, popularly known as Kweku Flick, has revealed that he wasn’t disappointed when none of his works got a nomination in the up and coming edition of the VGMAs.

The rapper disclosed this in an interview with Andy Dosty on Daybreak Hitz on Hitz FM, when he was asked about his recent accolades and how he felt about not getting any nomination in the up and coming VGMAs.

“I’m not disappointed but last year I was because ‘Money’ wasn’t nominated for Most Popular Song of the Year but this year, I’m cool,” he said.

The “Attack” hitmaker who is on a radio tour promoting his new song, “Ewiase”, said he will have a problem with the VGMA if he doesn’t give a nomination next year.

“I will give a big shout to VGMA for not giving me a nomination but if next year I don’t get a nomination then I can talk about it,” he stated.

Kweku Flick got a nomination in the just ended 3 Music Awards for a feature on the “Sika Aba Fie” song by Kwaku Darlington, with additional vocals by Yaw Tog, but it didn’t win.

Even though Kweku Flick couldn’t pick an award at this year’s edition of the award scheme, he is determined to doing so next year.

The “No Sleeping” rapper added that he will be releasing his debut EP in May.

The first single off the project, “Ewiase”, is out on all streaming platforms.

DISCLAIMER: The Views, Comments, Opinions, Contributions and Statements made by Readers and Contributors on this platform do not necessarily represent the views or policy of Multimedia Group Limited.
Tags:
Daybreak Hitz
Hitz FM
Kweku Flick
VGMA23