I converted to Islam because of my Moroccan girlfriend – Thomas Partey 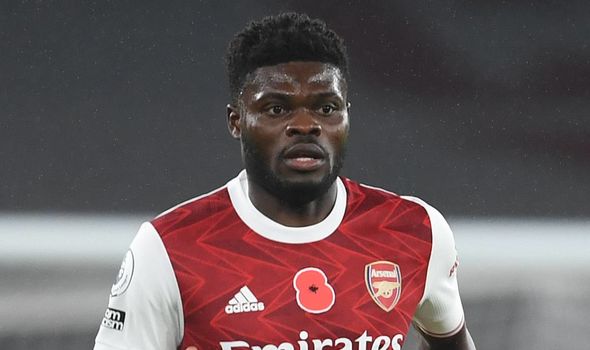 Ghanaian footballer, Thomas Partey, has opened up months after news went viral that he has converted to Islam.

According to him, he made the decision to become Muslim because of his love for his Moroccan girlfriend.

In a video shared by TV presenter, Nana Aba Anamoah, Thomas Partey revealed that he grew up among Muslims and does not see much difference.

He told Nana Aba that the name given to him after he converted is Yakubu.

This was after a photo went viral on social media which saw the midfielder holding the Quran with a certified marriage official in London.

A tweet from the Imam read, “Praise be to God who guides whoever wills. May God Almighty make him firm on Islam.”

Although Thomas Partey has been quiet about the conversion he opened up to Broadcaster, Nana Aba Anamoah.

He jokingly added that he knows his side chicks would leave him because of the decision he has taken but he does not mind.

DISCLAIMER: The Views, Comments, Opinions, Contributions and Statements made by Readers and Contributors on this platform do not necessarily represent the views or policy of Multimedia Group Limited.
Tags:
Islam
Morrocan
Thomas Partey