I deserved a Black Stars call up - Imoro Ibrahim - MyJoyOnline.com

I deserved a Black Stars call up – Imoro Ibrahim 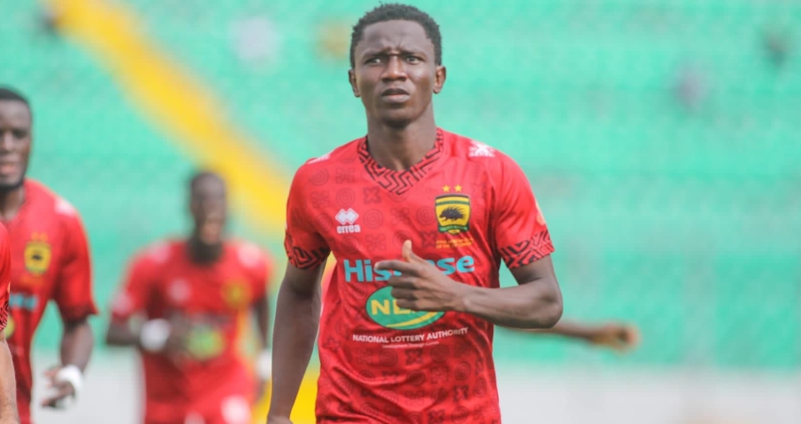 Asante Kotoko defender, Imoro Ibrahim, believes he deserved to be invited to the Black Stars after an impressive campaign with the club in the Ghana Premier League this season.

The left-back has racked up eight assists in the top flight this season the most by any player in the despite starting the season as a second choice to Patrick Asmah.

The Kotoko player missed out on Otto Addo’s squad for the 2023 Africa Cup of Nations qualifiers against Madagascar and Central African Republic and was also not called up for the Kirin Cup scheduled to take place in Japan.

However, Imoro says he will continue to put in the work and hope to be called up to the national team soon.

“I believe I deserve a call up into the Black Stars because it is not easy racking up 8 assists in the season but then I feel, maybe it’s not yet my time so I am still working hard toward that,” he said on Angel FM.

Quizzed on how he felt earlier in the season when Asmah was playing ahead of him, Imoro added: “I wasn’t bothered when Asmah started the season at left-back because I didn’t have a great pre-season and he did, so it wasn’t a problem for me but then I found my best form and here we are.”

Kotoko were declared league champions following their 1-1 draw against AshantiGold at the Len Clay Stadium.