'I did not get the real picture of the weakness of our Parliament until I became Speaker' - Alban Bagbin - MyJoyOnline.com 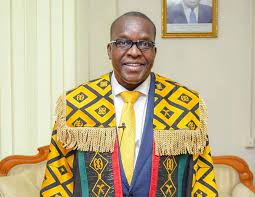 Speaker of Parliament, Alban Bagbin has expressed the view that Parliament only exists to strengthen the Executive arm of government.

Speaking at a breakfast meeting at Kumasi on Monday, the Speaker said “despite my 20 years in Parliament, I did not get the real picture of the weakness of our Parliament until I became Speaker.

The breakfast forum was an event held under the theme, “examining Parliament’s oversight function on governance of public goods and services; prospects and challenges in the 8th Parliament”.

It is aimed at facilitating citizen’s participation in Ghana’s democratic practice.

He cited as an example, the fact that although the legislature is the body that passes laws in the country, lawmakers often fail to make laws that would inure to the benefit of Parliament.

“While we were talking about Presidential Transition Act, we didn’t talk about Parliamentary Transition Act, so when you are elected as a Speaker you go into an empty office, no handing-over notes, no staff and that is how you start.

“So as you work along, then you realise that the technical component of an institution is completely absent in the Parliament of Ghana,” he stated.

Mr. Bagbin also mentioned the Public Procurement Act and indicated that the legislature has been excluded from state institutions listed under that law.