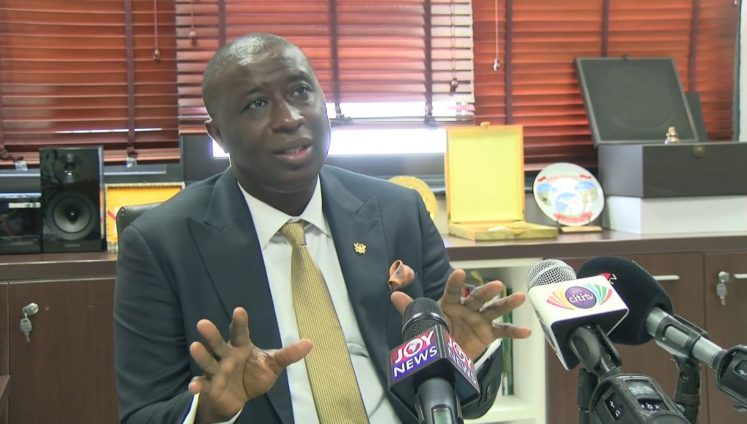 Finance Minister Ken Ofori-Atta is scheduled to appear before Parliament on November 15 to present the Budget Statement and Economic Policy of government for the 2022 financial year.

The budget, among other things, is expected to address specific taxes and levies that have generated public attention and allocate funds for the various ministries and MMDA’s for the year 2022.

Before the presentation, there are calls on government to abandon any idea of introducing new taxes but rather devise innovative ways of improving revenue.

But speaking to the media, Vice Chairman of the Parliament’s Finance Committee, Patrick Yaw Boamah observed that the presentation will reflect the aspirations of the Ghanaian people.

“The last budget was an example that government listens to the cry of the people. There was no major increase in taxes; you can attest to that. I don’t expect any major increases in the coming budget,” he said.

He, however, assured that the Finance Committee is poised to take decisions in the interest of Ghanaians.

“We can assure them that on our part as Parliament and Finance Committee that we will be making good decisions on behalf of the people of this country, taking into account the economic situation,” he added.

On November 3, leading NPP member Gabby Otchere-Darko said, “never had any Govt gone five years without increasing electricity tariffs but also by reducing them! This Govt has! But at what cost?”

Never had any Govt gone five years without increasing electricity tariffs but also by reducing them! This Govt has! But at what cost? What we pay barely makes up for 50% of the total cost of keeping our lights on. In 2021, Govt spent $1.2bn to fill the gap. Should this go on?

In a post on Twitter, the Danquah Institute boss posited that “What we pay barely makes up for 50% of the total cost of keeping our lights on. Yet, in 2021, Govt spent $1.2bn to fill the gap. Should this go on?”

This development has left some Ghanaians wondering whether an upward adjustment is at hand in the energy sector.

But Patrick Yaw Boamah has downplayed the comments adding that the Energy Minister would have been leading conversations in that area if that were the case.

“I haven’t heard the Energy Minister speak on any tax or levy increases in the energy sector. Neither have I heard any of his deputies canvassing that position, so maybe it’s Mr Otchere-Darko’s discussion that he is holding,” he said.

The Okaikoi Central (MP) further explained that “I don’t know what led to that tweet, but to the best of my knowledge, nothing of such nature is coming on.”