I don't support claims that Mahama is not viable candidate for NDC in 2024 - Osae Kwapong - MyJoyOnline.com 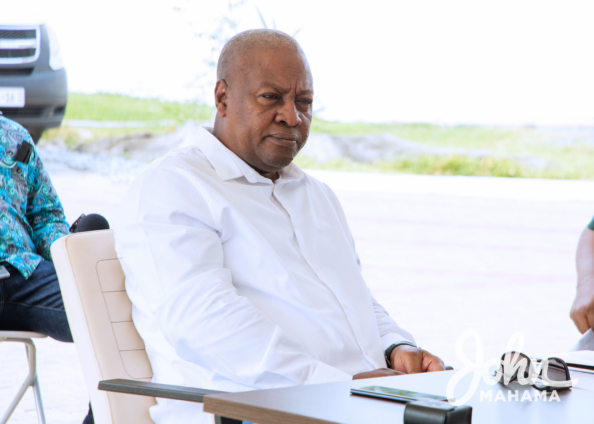 A Political Scientist, Democracy and Development Fellow at CDD-Ghana, says he does not support claims that former president John Mahama is not a viable candidate for the 2024 presidential elections.

“I honestly do not buy the proposition that he (John Dramani Mahama) is not a viable candidate, not based on how he performed in the 2020 elections. He may have fallen short of ultimate victory.”

His comments come after the Economist Intelligence Unit (EIU) tipped the opposition National Democratic Congress (NDC) as the party with a higher probability to secure victory in the next general elections.

But the organisation highlighted one condition based on which this prospect can be even more resounding and revitalising this prospect of victory with a fresh presidential candidate.

This would mean a new candidate other than John Dramani Mahama, who has led the party since 2012.

This was made known in the EIU’s five-year forecast for Ghana released on April 13, 2022.

However, Dr Osae-Kwapong said he does not know what assumptions are informing the predictions made by EIU.

“On the back of the 2016 election, I had had a number of private conversations with friends and colleagues in which I said, if you look at the election results from 2016, both presidential and parliamentary, then for a party like NDC, I would say to myself, well maybe come 2020, they may want new national party executives, a new candidate, give it a fresh look as they go into 2020.”

He intimated that the EIU’s predictions would have been plausible if they had factored in the eight years term rotation between the NDC and New Patriotic Party (NPP) that has been happening during the Fourth Republic.

“If you follow how our elections have played out in the Fourth Republic, we’ve seen an eight-year cycle. They make that baseline prediction on the back of the fact that there are certain things that make the incumbent unpopular, there are certain governance challenges, and therefore it is their reading that based on that, the NDC stands a very good chance of winning the 2024 elections.”