‘I feel good when people say I am arrogant’ – Tinny 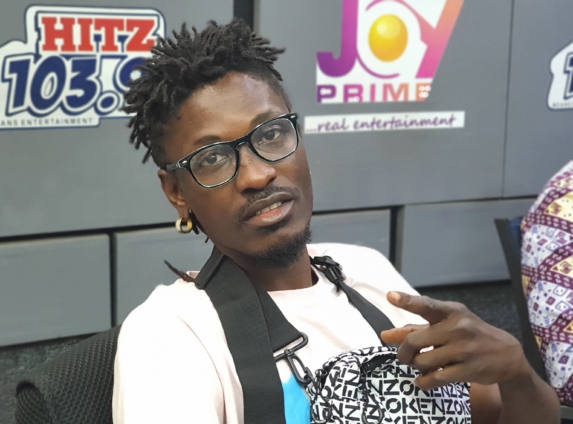 Unlike many public figures who refute claims of being arrogant and rude, Tinny says he enjoys it when people tag him as such.

Speaking in an interview with Andy Dosty on Daybreak Hitz, he expressed how such comments underscore the fact that he is still relevant in the music space.

“I feel good when people say I am ‘too-known’, I dey rush,” said Tinny. “It means they recognize me.”

According to the Makola Kwakwe hitmaker, the people who criticize him for his purported snobbish attitude are the same people who encourage him when he decides to be blunt.

When asked whether it was a good thing to be labelled “arrogant” and “too-known,” the rapper responded with another question: “What do I do for them to say that?”

“I don’t even know what I do to merit that tag. People I have never met before – people who do now know me say all those things. That is what they say but I care less. I am me [Tinny]. I can’t force people to say otherwise,” he said on Hitz FM.

Nii Addo Quaynor, popularly known as Tinny, is a hiplife artiste who started rapping and singing at the age of 8.

In 1994, he started performing at Fun World, an entertainment programme which was organized every Sunday at the National Theatre.

Tinny burst onto the Ghanaian music scene in 2003 with his smash hit single Makola Kwakwe.

He quickly became a sensation, gracing events and dominating radio and TV rankings in his category.

His fame increased when he featured on the remix of Oye Ohene by Obrafour.

In 2004, he won the New Artiste of the Year at the Ghana Music Awards.

He went on with his career and featured artistes like Dogo, Obrafour, K.K. Fosu, Etuoaboba, Bandana, FBS and Okra.

Tinny is currently working on his new EP, which according to him, will be released very soon.

DISCLAIMER: The Views, Comments, Opinions, Contributions and Statements made by Readers and Contributors on this platform do not necessarily represent the views or policy of Multimedia Group Limited.
Tags:
Hitz FM
Tinny