‘I have gays, lesbians as fans; they should be allowed to enjoy their rights – Shatta Wale 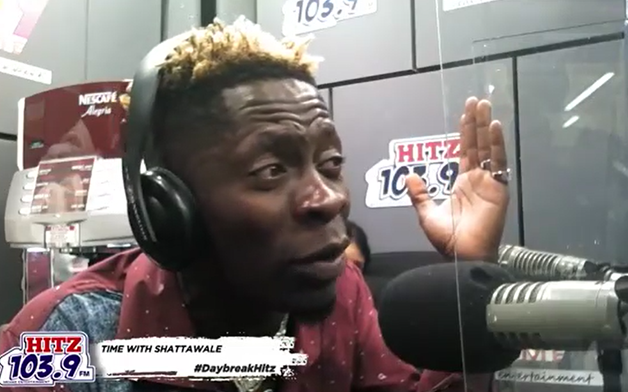 Dancehall musician, Shatta Wale, has declared his support for homosexuals and urged that they should be allowed to live freely despite a possible passage of the anti-gay bill into law.

The controversial singer added that he cannot discriminate against homosexuals because most of his fan base are gays and lesbians.

In an interview with Joy Entertainment‘s Noella Kharyne Yalley, Shatta said there should not be any attempts to sit on the freedoms and rights of LGBTQI+ activists.

I have gays and lesbians as fans so they should be allowed to operate – it’s a free world – Shatta Wale on LGBTQIA+#JoyEntertainment pic.twitter.com/px4dHrkJxJ

“I always have one thing to say. It’s a free world and I want all of us to be free. We should allow everybody to be free in this world because I believe people don’t understand me but I wanna feel free.”

“I have most lesbians [and] most gays who are my fans and I can’t say because they are gays and lesbians I have to brush them off. I believe they love me because of my music, they don’t love me because I’m gay,” he told Noella Kharyne Yalley.

The anti-LGBTQI+ bill has received several reviews in the country on both mainstream and social media.

Many commentators have called for a more civilised approach to dealing with the various issues raised about the bill rather than resorting to religious arguments.

The proponents of the Promotion of Proper Human Sexual Rights and Ghanaian Family Values 2021 bill are seeking to criminalise the LGBTQI+ community in Ghana.

Should it be passed, persons who identify as LGBTQI+ and or engage in the practice could face up to five years imprisonment.

LGBTQI+ activists could also face up to a 10-year-jail time.

Proponents have said that they have the overwhelming support of Ghanaians, one of the reasons why they are pushing that it be passed expeditiously.

However, the legislation faces stiff opposition as the Parliament’s Committee on Constitutional and Legal Affairs has received over 124 memos geared towards shaping the bill.