I just discovered that my wife doesn’t know how to cook - MyJoyOnline.com 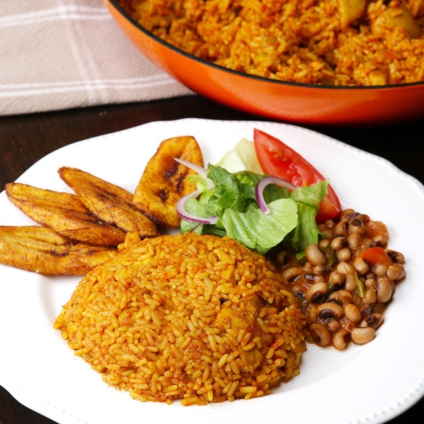 I met my wife in January 2018. We were introduced by a mutual friend and we took it from there.

We talked a lot and got to know each other enough to want to meet often. Just two weeks after our initial meeting, she travelled abroad to do her master’s program on a scholarship. I was pained when she was leaving.

I thought that was the end to our budding friendship but the very day she landed at her destination, she sent me a text; “This might sound crazy but I’m missing you already.”

Nothing could express how that message made me feel. The fact that I was on her mind and the fact that she could miss me when all we’ve shared was a conversation on the phone. We talked a lot that day and we professed our undying love to each other on the phone.

From that day on, we became not just friends but friends with love attached. We never ended our chats without saying I love you. We never talked on the phone without saying how much we missed each other. In 2019, she sent some stuff to her parents through me and asked me to deliver it to them.

When I got there, her father asked, “Oh so you’re the gentleman my daughter had been ranting about every time?” Her mother also said, “Akua’s eyes are really good. She can spot the good looking ones.”

I was flattered. I didn’t know she had already told her parents about me. They asked me what I was doing and I told them about my job and my family and where we hail from. The father added, “You look like a guy who has his head well tighten to his neck. Don’t let her down.

She’s the only daughter of our lives and we would want you to treat her with the same care and respect we had always given her.” I said my thanks and left their presence.

In late 2019, Akua returned from abroad. Her program was done and she had returned home to plan for the next step in the future.

She said, “The next step is obviously you and I.” I said, “We have to put things in place to move to the next step of our relationship.” The plan was to get married in April.

A lot of plans but little did we know what nature had in store. In March, there was a lockdown due to the pandemic. We couldn’t marry.

We suspended our plans to get married until things return to normal. In April this year I told her, “No matter what happens in September, we’ll have our wedding and move in together.” September came and we had our wedding.

The happiness in my heart was too huge to express. To marry the love of my life after everything that was going wrong with the world.

We moved in together and it took me only two days to realize my wife didn’t know how to cook.

The first meal she tried to make for us was Jollof. She wanted to do that in a rice cooker. I was like, “You think it’s a good idea?” She asked, “Haven’t you been a student before?” A student? When we were students we cooked that way because we didn’t have the ways and means to do it any differently.

We live in a house that had everything so why would she cook Jollof in a rice cooker? I gave her the benefit of the doubt. Food was done. Food was served. Food didn’t taste like Jollof though it looked like Jollof.”

I was looking at her face while eating. She kept chewing and biting meat with this glee on her face. She was enjoying the meal but I was struggling to take them in. We ate the whole thing. We didn’t die. May God be praised. The next meal was banku.

She finished cooking the banku. She served it with fried fish and grind pepper. Everything was wrong with the banku. It wasn’t well cooked and had lots of lumps.”

“Are you enjoying it, or you still prefer the okro stew?”

I smiled and said, “Oh this is also good. I’m enjoying it.” She responded, “Don’t worry, next time I’ll cook the okro stew for you. Let’s make do with this one.”

How could a woman this divine not know how to cook? She is pretty, the kind of woman you look at once and turn back to look at her again because your eyes weren’t satisfied seeing her just once.

Very respectful and down to earth. Her level of education didn’t make her pompous and she was a fun package.

I love her. I really do and wouldn’t allow her cooking skills to come between us. When the meal was bad, I smiled while eating it and still thought of how to make things better.

I was raised next to my mother’s coal pot. I was the boy who fanned the food while on fire so it will be ready fast enough for me to eat.

I was always hungry so my mother told me, “The way you like food, you should learn how to cook so you can cook your own meals.”

I learned to stay with her in the kitchen so I can watch how hard groundnut metamorphoses into the thick liquid we call groundnut soup. I took my kitchen lessons seriously so when it comes to food, I know my way around them.

We’ll wake up and plan the meals together. We’ll both go to the market and get the ingredient.

The first time we did, she said, “Eiii so you can cook like that and you’ve been watching me sweating it all alone in the kitchen?” I told her, “I didn’t know you needed help.“ She said, “Please, from now onwards, I always need help. In the kitchen!”

She made staying in the kitchen very fun for me. She’ll ask crazy questions and we’ll laugh. She will threaten me with a ladle and I would pick the banku stick. She’ll say, “Drop it before I pick the knife.”

But the most important thing was she looked at me when we were preparing the food. She was picking the lessons. Slowly I believe she’ll learn.

Our marriage is still young. We are only three months old but she had made great strides. When she cooks alone, it turns out not too good but it’s a step. Baby steps are allowed.

And when she finally serves the food and we are eating, she would ask, “Are you enjoying the meal?” I’ll look in her eyes with my mouth full of food and murmur, “Yeah, it’s good.

You know I enjoy your food.” Little lies we tell just to keep the marriage going but just imagine me going to hell just because I lied about the taste of my wife’s meal. She’ll learn, I believe.

We still have forever to go and forever is a long time for a woman to learn how to cook a great meal.