I want Mahama to be NDC flagbearer for 2024 – Haruna Iddrisu - MyJoyOnline.com

I want Mahama to be NDC flagbearer for 2024 – Haruna Iddrisu 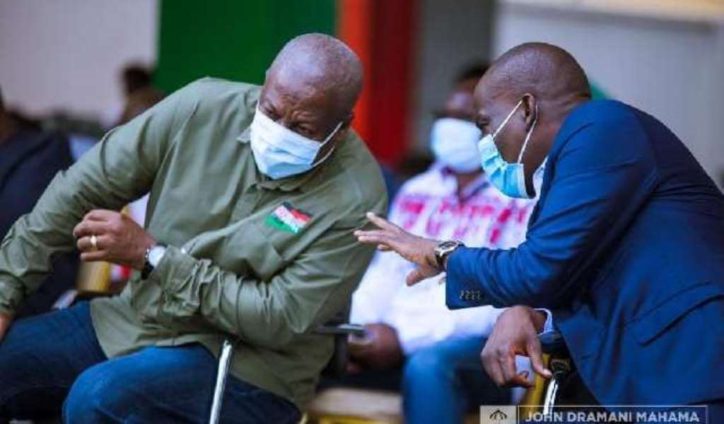 The Minority Leader has named former President John Mahama as his preferred candidate to lead the opposition National Democratic Congress (NDC) in the 2024 election.

Haruna Iddrisu also wished that the 2020 NDC presidential candidate would become President after the 2024 polls.

According to him, one of the party’s key strategies to secure victory in 2024 is to be extremely vigilant at all polling stations across the country.

The Tamale South legislator, therefore, charged party supporters to be watchful during the collation of results so that the NDC will not be robbed of their victory.

“The NDC will call for greater transparency, especially at the collation of the results. Zero-tolerance for 2024 will be our declaration, and we will police the ballot.

“I always say that for persons who love President Mahama and want his return just as I want, go to your polling station and make sure he wins. Nothing more. If he wins at the 33,000 polling stations, he will be the next President of the Republic.

“It is not about running to take photographs with him thinking that is how you are contributing to the success of the NDC; I don’t think going to take pictures with him means he has won. I think we should go back to our roots as NDC with ‘Operation win your ballot box’,” Mr Iddrisu said on Accra-based Citi TV.

Following his loss in the 2020 presidential elections, Mr Mahama has not publicly stated his political future.

However, in August, he embarked on a Thank You tour in various parts of the country to express his gratitude to electorates who voted for him, although he lost.

Addressing the crowd on one of his trips, Mr Mahama said his party will be more alert at the polls during the 2024 general elections, using the phrase ‘do or die’, which has sparked a storm of condemnation and commendation alike.

He added that the NDC won the 2020 parliamentary and presidential elections but was robbed of victory.

“The 2020 elections were rigged for the NPP. We have, however, accepted the ruling of the Supreme Court for the sake of peace. However, come 2024, the NDC will be extra vigilant at the polling stations because that is where the elections are won.

Meanwhile, the National Executives of NDC has pledged to deploy professional polling agents to oversee the 2024 elections on all levels.