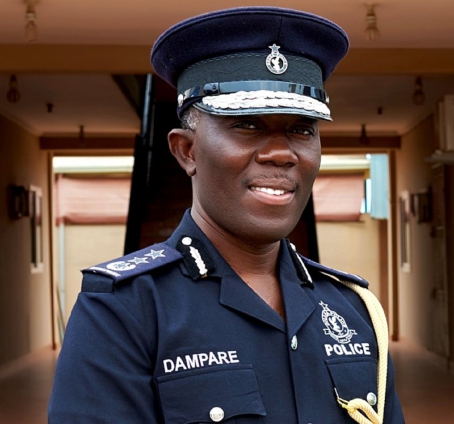 The acting Inspector-General of the Ghana Police Service, Dr. George Akuffo Dampare has acknowledged that there is ample evidence to back claims that activities of some security officials along Ghana’s highways have hampered the free and smooth movement of goods.

This follows concerns raised that activities of some security officials along Ghana’s highways have hampered the free flow of goods which in effect has resulted in post-harvest losses, increased cost of transportation, and a spike in food prices.

He said even though the Police control vehicular movement to provide security and ensure the safety of road users as well as agricultural goods, it has been accused of sometimes slowing the process.

In a speech read on his behalf by the Northern Regional Police Commander, Timothy Yoosa Bonga, the acting Inspector-General of Police said the Police Administration has received series of complaints of unprofessional conduct by some of their men such as extortion and delays at checkpoints.

He said the Police have a critical role to play when it comes to facilitating trade on the country’s roads, therefore, they are expected to perform their functions efficiently without compromising the security of the nation.

IGP Dr. George Akuffo Dampare also charged transport operators and owners of goods to ensure they abide by the rules and regulations governing their trade on the road by ensuring that their trucks are road-worthy and have all the required documentation.

He said the forum ensure healthy coordination among all stakeholders in the trade industry.

The IGP reiterated that the Police Service will not renege on its duties in ensuring the free flow of agricultural goods and services without compromising the security and safety of the nation.

The workshop was organized by the Peasant Farmers Association of Ghana (PFAG) in collaboration with the Ghana Police Service and the Ministry of Agriculture.

The sensitisation workshop was necessitated after research findings by the PFAG found that activities of the security services and drivers on the highways, contribute considerably to food delays and distribution.