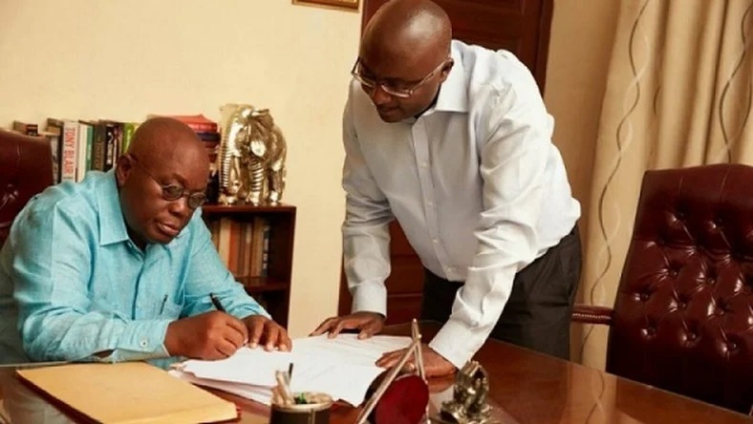 Vice President, Dr Mahamadu Bawumia, says he is not focused on the 2024 presidential elections.

He said, helping President Akufo-Addo deliver on his mandate is what occupies his mind currently.

According to him, there are many problems facing the country that he is helping to address.

Speaking on a Kenyan television channel, Dr. Bawumia said he will not have anything to campaign on if these problems are not solved.

“For now, I am focused on helping my boss, President Nana Akufo-Addo fulfil his vision and deliver on his agenda. We do not really have so much time to think about 2024 right now. If we get to 2024, and I do not have a record, we have nothing to campaign on.”

“The problems are so many and I am trying so much to help my boss to deal with them,” he added,

Dr. Bawumia is considered as one of the leading aspirants in the New Patriotic Party (NPP) seeking to take over from President Akufo-Addo.

A former Deputy Information Minister, Felix Kwakye Ofosu, explained that the reputation that precedes the Vice President due to his abysmal performance in relation to the economy will make him untenable as a candidate.

According to him, the Vice President will not be taken seriously as a presidential candidate by electorates because he has failed to defend some of the government’s policies despite being the head of the Economic Management team.

“The point is that what he (Bawumia) is noted for or his claim to fame in the past was economic management.

“He has been so spectacular that he is running away from the record he has supervised. As head of the Economic Management team, he has supervised the worst economic situation under the 4th Republic,” he said in a JoyNews interview.