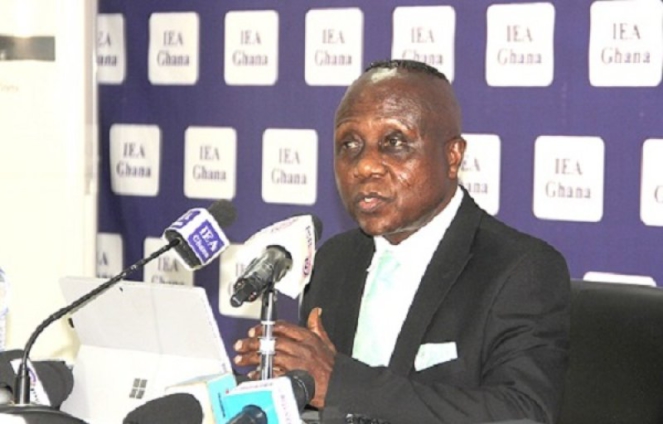 The Director of Research at the Institute of Economic Affairs (IEA), Dr John Kwakye, has described government’s engagement with the International Monetary Fund (IMF) as a short-term solution to the country’s economic challenges.

According to him, the long term solution requires fiscal discipline and mobilising the country’s own abundant resources to support policies that would transform the economy.

In a tweet, the economic expert said “IMF is a short term solution to our economic problems”.

“The long term solutions requires fiscal discipline and mobilising our own abundant resources to support policies that would transform the economy from its colonial structure to a modern industrial economy”, he added.

The government has been engaging officials of the IMF to create an economic programme to deal with the challenges facing the economy.

However, some economists and the Ghana Trades Union Congress have expressed their concerns because of the conditions that an IMF programme comes with.

But others are of the view that an economic programme with the Fund is long overdue since the Ghanaian economy has lost credibility following the downgrade of its credit rating by all the three rating agencies (Fitch, Moody’s and S&P).

This has denied the country access to the international capital market, whilst inflation and the local currency have been impacted significantly.

Despite all these challenges, the IMF Managing Director, Kristalina Georgiva, has reiterated his outfit’s commitment to reaching agreement with the government by the end of this year for an economic programme.

According to her, Ghana’s current economic woes is not a self-inflicted one but exogenous shocks such as COVID-19 and the Russian/Ukraine War.

Speaking with Joy News’s Benjamin Akakpo at the Africa Adaptation Summit in Rotterdam, Holland, Madam Georgiva, said the present economic imbalances is not due to bad policies by the government.

Mr. Roudet whose appointment took effect from September 1, 2022, paid a visit to the Minister of Finance, Ken Ofori-Atta and his team and the Governor of the Bank of Ghana and his team as well.

Mr Roudet’s visit lays the ground work for a full mission towards the end of September 2022.

DISCLAIMER: The Views, Comments, Opinions, Contributions and Statements made by Readers and Contributors on this platform do not necessarily represent the views or policy of Multimedia Group Limited.
Tags:
Dr. John Kwakye
IEA
IMF