Increased fuel prices: We must not tamper with recess of MPs – Kwaku Kwarteng on calls for Parliament to resume 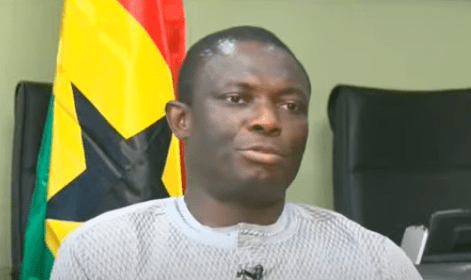 Chairman of Parliament’s Finance Committee, Kwaku Kwarteng, has admonished Ghanaians to refrain from requesting Parliament to return from recess earlier than expected to approve the President’s directive to zero the Price Stabilisation and Recovery Levies on petrol, diesel, and LPG for a period of two months.

According to him, such calls although understandable would prevent legislators from carrying out an important part of their mandate, that is to interact with their constituents and be abreast with matters to ensure development, if granted.

Speaking to host of PM Express Business Edition, George Wiafe, he stated that: “we must not tamper or disturb that engagement at the constituency easily. So traditionally Parliament will not be called from a recess unless it is extremely important. It is seen as critical but Parliament is resuming in less than 2 weeks.”

Mr Kwarteng who doubles as the Member of Parliament for Obuasi West held the view that the current circumstance is not so daring to have Parliament forfeit its recess especially when the President’s directive seeks to cushion Ghanaians for a longer period of time.

“In the bigger scheme of things, the 2 weeks, if we understand that the objective of the policy is to cushion businesses, not for 2 weeks but in the longer run – the objective is to bring relief, then you are asking yourself do you really have to call Parliament in order to have just this less than 2 weeks gain. I don’t think it is that critical.”

His comments come at a time when the Oil Marketing Companies (OMCs) and the National Petroleum Authority (NPA) have expressed worry about the relief being approved as Parliament is on recess.

According to Spokesperson for the OMCs, Kwaku Agyemang Duah, Parliament should be able to finalise the legislative processes for the relief to be passed before Saturday so citizens can be cushioned from the impact of the increment.

“If we are serious, all the stakeholders – government, us, we can get this relief done before Saturday. We have seen things go to Parliament overnight and are done,” he said on JoyNews on Wednesday.

However, Mr Kwaku Kwarteng has assured that his outfit would ensure government’s relief is passed within the shortest possible time after Parliament resumes sitting.

He noted that the Finance Committee will hold emergency meetings if need be to expedite the approval.

“My expectation is that the request would be brought to the office before we resume. The very first day we resume, it will be on the order paper so it can be referred to our committee. We may even schedule a meeting ahead in anticipation.

“We want to support government’s good heart to relief Ghanaians of the cost of fuel in these times. We want to be seen supporting the President fully and therefore we will work as quickly as we can to look at the request, return it to the plenary and let it be passed quickly. So that assurance I can give on behalf of the Committee.”

Meanwhile, Parliament is to resume sitting on Tuesday, October 26.

Also, former Deputy Power Minister, John Jinapor is of the view that government’s intervention does not require the approval of Parliament to effect the changes that will bring the expected relief.

DISCLAIMER: The Views, Comments, Opinions, Contributions and Statements made by Readers and Contributors on this platform do not necessarily represent the views or policy of Multimedia Group Limited.
Tags:
Kwaku Kwarteng
Parliamentary recess