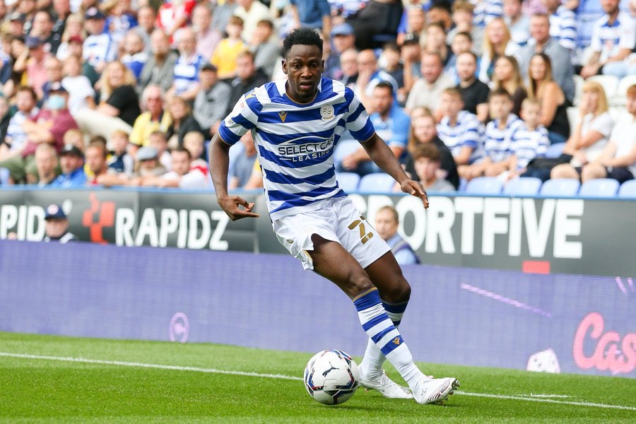 Ghana left-back Baba Rahman is expected to make a return from injury before the Black Stars face Switzerland in a pre-World Cup friendly next month.

The 28-year-old sustained an injury while training with Reading on Thursday, September 29, 2022.

He was not part of the Matchday squad for last weekend’s clash against Huddersfield where they claimed a comfortable 3-1 victory.

Ghana face Switzerland for the first time at senior international level on 17th November at Abu Dhabi’s Baniyas Stadium in the United Arab Emirates as Otto Addo’s side seek adequate preparation for the 2022 FIFA World Cup.

But the gaffer, who included Rahman in the first eleven against Brazil in last month’s 3-0 friendly defeat, could have the defender back before the Switzerland clash.

Reading Manager, Paul Ince expects the 28-year-old to be out for the next four weeks.

“I don’t know. It is been a bad couple of days for us. We lost Baba on Thursday and he is out for a month.”

The Chelsea loanee had made three appearances for Reading in the English Championship this campaign.

Rahman has 46 caps for the Black Stars with one goal scored.

DISCLAIMER: The Views, Comments, Opinions, Contributions and Statements made by Readers and Contributors on this platform do not necessarily represent the views or policy of Multimedia Group Limited.
Tags:
Baba Rahman
Black Stars
Switzerland