Interior Minister ought to be questioned over Aisha Huang’s alleged deportation – S.K. Boafo 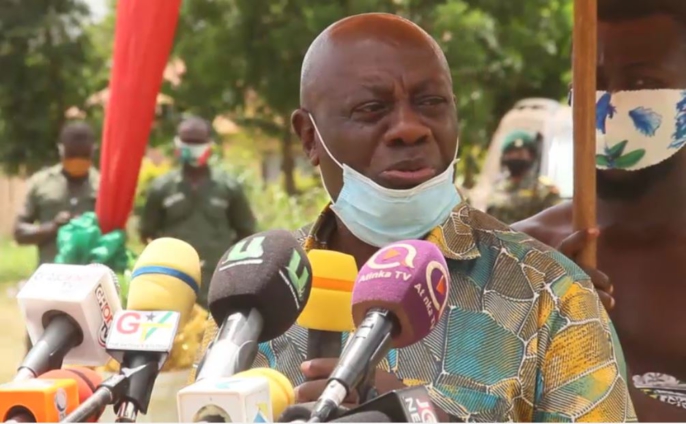 The immediate past board chairman of the Minerals Commission says the Interior Minister should be questioned over the Chinese galamsey queen, Aisha Huang’s alleged deportation.

According to Sampson Kwaku Baofo, his questioning will help unravel the truth around the issue.

In his view, that should be the responsibility of Parliament.

“If Aisha was indeed deported, I don’t know the facts I will be honest. But if she was deported, where is the Interior Minister? Who is questioning him? I have been a Chief Whip in Parliament for so many years before we came to power, and what is Parliament doing about this? It has so many powers.

“So he needs to be questioned,” he stressed.

Information Minister Kojo Oppong Nkrumah subsequently clarified that the notorious Chinese illegal mining kingpin was repatriated from Ghana in December 2018 and not deported.

According to Mr Oppong Nkrumah, the ‘galamsey’ queen was put on a flight, and she exited the Ghanaian jurisdiction.

Aisha Huang, according to the D/Inspr Eric Osei-Mensah, then re-entered similarly this year.

But S.K. Boafo believes, the questioning of the Interior Minister will bring closure to the matter.

DISCLAIMER: The Views, Comments, Opinions, Contributions and Statements made by Readers and Contributors on this platform do not necessarily represent the views or policy of Multimedia Group Limited.
Tags:
Ambrose Dery
Galamsey Fight
Interior Minister
Kojo Oppong Nkrumah
S.K. Boafo