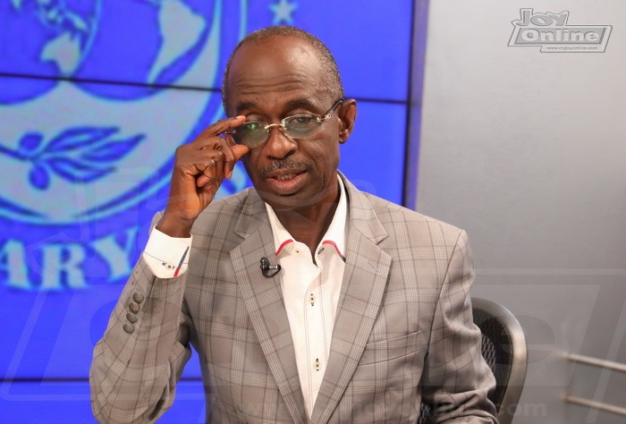 The General Secretary of the National Democratic Congress (NDC), Johnson Asiedu Nketia, says the Inter-Party Advisory Committee (IPAC) has ceased to be the consultative forum for consensus building.

He gave this as the reason why the NDC has refused to call off its 2-year boycott of IPAC.

In March 2020, NDC boycotted IPAC meetings following the failure of the Committee to grant the party’s request for the EC to postpone all future meetings indefinitely due to the Covid-19 outbreak.

The NDC, after series of consultations, proposed some electoral reforms, which the party believes are geared towards restoring the credibility and integrity of Ghana’s electoral process.

However, after delivering the document to the EC headquarters in Accra, the EC directed the opposition party to discuss its proposal before the Inter-Party Advisory Committee (IPAC). The NDC refused.

According to Asiedu Nketia, their refusal to join the IPAC is due to the degeneration of the Committee into a rubber stamp for the EC and the ruling NPP.

“We have said that IPAC has ceased to be a consultative forum for consensus building, so the moment IPAC returns to that consultative mode then we’ll all be part of it. IPAC started as a means of deliberation.

“For instance, many many of the reforms that our electoral system had gone through had been the output of IPAC deliberations, and many of them, 90% of them never even started with the Electoral Commission.

“Individual political parties will just bring proposals, ‘we think that this is a good proposal that is worth considering, can we look at it?’ then all the parties will have copies, we’ll look through it, everybody will go and consult their experts and so on, we’ll continue the deliberations till we get a position that we think is acceptable for all the stakeholders, then Electoral Commission will go and implement. That’s how IPAC was started,” he said.

He added that following the commencement of the Jean Mensa administration, IPAC’s consensus building goal has been abandoned.

“So IPAC is never an Electoral Commission system of just telling you this is our decision, we’re coming to inform you. Since the rise to power of Jean Mensa, she just has changed IPAC. You go there and she says this is what we have decided, we have the mandate, we’re informing you. If you’re right, why do you waste my time by inviting me to come and sit there, to do what?” he said.

He continued, “So if it is a means of informing us what you want to do, you have our addresses, when you take your decision come and inform us. Because the danger of sitting in such a forum is that you’ll be used as a rubber stamp.

“Because after that meeting, they’ll come out and announce that this is the results of deliberations of all the political parties. So the Ghanaians outside will think that you have gone there to deliberate and that the product is a result of your input when in fact you have no input there.”

He noted that the other political parties that still attend IPAC meetings are risking their credibility in the eyes of Ghanaians as any attempt to oppose the decision of the EC in public would inadvertently make them [the political parties] look bad.

“So you will be sitting there and when you want to talk against something, the population is made to believe that it includes your input. Then you’ll look bad. As if you go to IPAC and say one thing and when you come out, you come and change your mouth and you’re saying something different.

“In fact, that is what has happened to all the other political parties that attended the IPAC the Electoral Commission is referring to,” he said.