It's not compulsory to contribute towards National Cathedral construction - Dr Letsa - MyJoyOnline.com 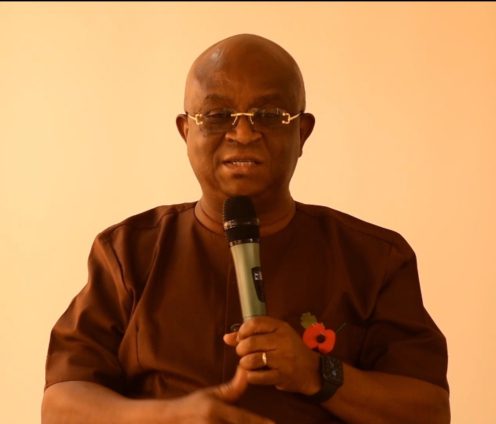 The Volta Regional Minister, Dr. Archibald Letsa has clarified that the government is not impressing on the citizenry to compulsory for Ghanaians to contribute towards the construction of the National Cathedral.

He is of the conviction that, the cathedral when completed would not only serve as a worship center but would also rake in some foreign exchange.

Dr. Letsa who has pledged GhC20,000 towards the project was speaking at a media briefing on the National Cathedral project in Ho.

He stated that anybody who supports President Akufo-Addo to redeem his pledge to God would receive an abundance of blessings.

“Nobody is compelling anybody to contribute towards the National Cathedral”, he stressed.

He urged the public to stop critiquing the initiative but rather identify it “as an honor to our God”.

Dr. Letsa detailed the President is hoping to commission the cathedral in March 2024, hence urging Ghanaians to contribute to making the National Cathedral Project a reality.

The National Cathedral is designed to include a bible museum, chapels, baptistery, a national crypt – where key leaders of the country would be buried, a specialized library on African Christianity, conference centers, board rooms, banquet halls, prayer rooms among others.

1 million Christians are expected to contribute GHS 100.00 monthly for three years, towards the project, 50 selected churches with an estimated number would also support the project with finances.

Government had promised to provide 10% of the $250 million estimated to finance the construction of the National cathedral.

A fund raising campaign is expected to be launched nationwide to aid raise the rest $225 million for the construction of the national monument.