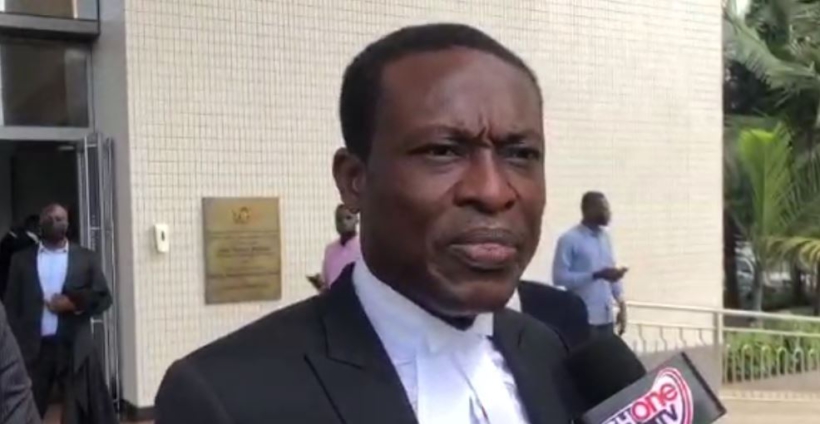 Special Prosecutor, Kissi Agyebeng, has questioned the commitment of government in rooting out corruption in the country.

According to him, he has not seen much support from the state in dealing with the menace.

Speaking on the third edition of the Joy Change-Speakers Series on Newfile, he noted that over the period, he has only seen lip service being paid to the fight, without any substantial commitment.

This he said must be changed in order for the country to make meaningful inroads in the fight against corruption.

While urging the government to improve its commitment in that regard, he also called on Parliament and the generality of the citizens to be more dedicated to fighting corruption collectively.

This he said will compliment the efforts of his office and other relevant state agencies who are committed to making corruption a thing of the past.

“If we want to fight corruption, we must all get involved” he urged.

He pledged that the OSP will protect all those who provide information on corrupt practices.

Mr. Agyebeng noted that if this is done “we can bring corruption down.”

He told those who are engaged in corruption that sooner than later, they will be “found, prosecuted and jailed.”

Mr Agyebeng’s admonition for enhanced commitment to wiping corruption is a message which was echoed by other discussants who participated in the conversation.

Corruption has been a major issue during the year under the review, with the Office of the Special Prosecutor leading the fight against it.

Earlier this year, a total of ¢17.4 billion in financial irregularities was flagged by the Auditor-General in its latest report submitted to parliament for the 2021 financial year.

This represented a 36% rise compared to that of 2020. This was the conclusion reached by the Auditor-General after an audit of the accounts of at least 101 institutions.

Followimg this other related developments, some Ghanaians have been expressing their disquiet about the slow pace at which the Office handles corruption cases.

However, the Office has consistently maintained that it is focused on its mandate.

Reiterating his outfit’s commitment, Kissi Agyebeng stated on Newfile that he believes corruption can be significantly minimised if not completely eradicated.

DISCLAIMER: The Views, Comments, Opinions, Contributions and Statements made by Readers and Contributors on this platform do not necessarily represent the views or policy of Multimedia Group Limited.
Tags:
Akufo-Addo
Corruption
Government
Kissi Agyebeng