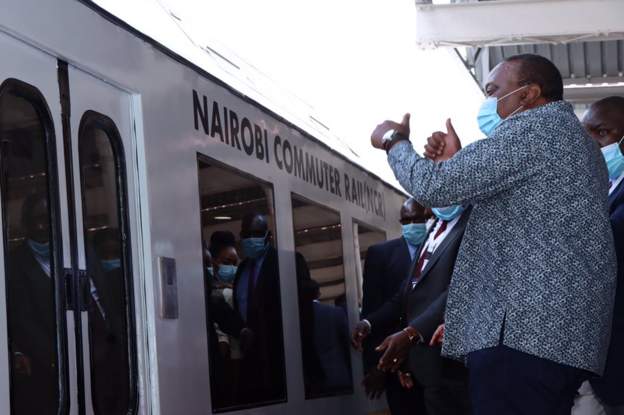 About 1.5 million people commute to the city’s Central Business Disctrict everyday by various modes of transport, according to Kenya Railways.

Speaking at the launch on Tuesday, President Uhuru Kenyatta said the rail service should reduce over-reliance on road transport.

He also said it would be extended to the country’s main airport within a year.