Kojo Antwi: The current state of education in Ghana - MyJoyOnline.com

Kojo Antwi: The current state of education in Ghana 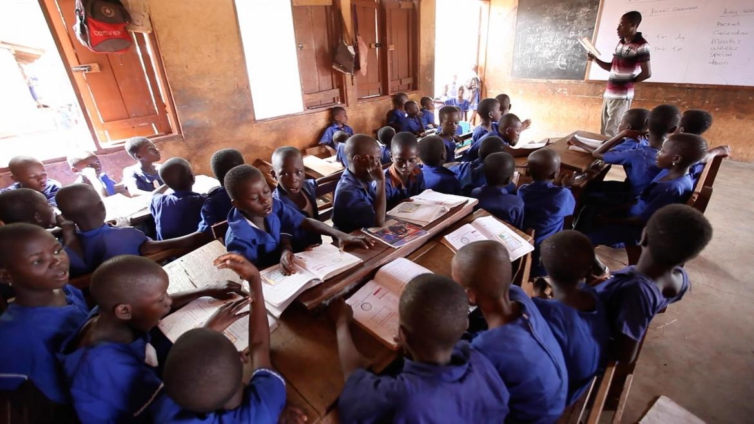 The cliché that education is the key to success is undoubtedly one maxim seriously understood in Ghana.

This is exemplified by the mushrooming workhouse-like structures littered across the length and breadth of the country named preparatory or private schools. Indeed, education is a country’s breath of life without which any such nation—civilised or primitive—is doomed.

However, the issue here seems to be the phenomenon of the many mercenary taskmasters who are profiting from and destroying education in Ghana.

It is against these charlatans that this piece seeks to raise a strident advocacy.

It would be quite specious for anyone to think that the formation of citizens is the fundamental motive for the unbridled bourgeoning of these schools. Our focus is on primary-school education in Ghana because once the mind is distorted in childhood, so does it remain forever.

This explains the paramount importance that should be accorded to early childhood edification, as it is what possesses the potential of forming good or bad citizens.

The massive disregard for education, especially in the hinterlands, where children are taught next to nothing; with some of them unable to write their own names after school (shocking, isn’t it?), with proprietors charging exorbitant fees, should be a concern to every well-meaning Ghanaian.

Ghana is essentially littered with very pricey private schools, with some having circus-like school uniforms. What should preoccupy us is certainly the rationale for setting up these schools and not the fancy dress uniforms poor pupils are made to wear like some forlorn prisoners.

The point is that: if the doctor is held responsible if his operation on a patient goes wrong; if the economist is charged if he messes up the finances of a country; if the architect is blamed if the building he designs is defective and the mechanic is slapped with legally-motivated compensatory claims when the car he builds is substandard; what then happens to the swindler who tutors these professionals if he happens to be woefully inadequate with the knowledge he claims to possess to want to impart?

We hate to mention this but despondently, the monstrous neglect of education as a way of forming good citizens has brought in its wake the quite superfluous production of schools by some people who see education as their shortcut to riches!

The prominent private schools—we say without fear or favour—seem to have taken it into their heads that churning the best of grades out of their pupils is the best form of education without any intention of developing their mental faculty to its full capacity.

I have come across a lot of people whose grades pit them against the likes of Einstein, Newton, Aristotle and Plato, to mention a few but whose level of reasoning is like that of a naked man on the street who accuses everybody of being crazy. A lot of ‘intelligent’ people cannot even think on their feet; consequently, any problem whose solution is outside their textbooks always leaves them dumbfounded.

For this reason, we must reiterate that whilst the description of Ghana’s education system as derelict, dilapidated and ramshackle may be considered offensive; we opine that they are even an understatement with regards to the gruesome neglect of learning and not the writer’s penchant for exaggeration.

It is poignantly distressing to observe that men who have proven their unfitness for any occupation in life are free—without examination or qualification—to open a school anywhere; although the preparation for the functions they undertake, is required in the surgeon who assists to bring a child into the world, or might one day assist perhaps, to send him out of it—in the chemist whose prescription can chase away a nagging illness or rather jeopardise a rather healthy person into an early grave.

The terrible thing, however, is the irresponsibility of some parents who scapegoat their helpless children to make these petty school owners the millionaires who should be bestowed the highest form of respect in the land.

Many are the parents whose main priority is how many ‘A’ grades their wards can make. They, therefore, fall prey to the snares of these Shylock school founders whose uncanny resort to colourfully embellished language in advertisements entice these grade chasers to part with their money and abet their chosen pedagogues to distort the brains of their children for eternity.

Is it any wonder that we are always being taken for a ride by a few politicians whose impeccable resort to sophistry, as distasteful as it is, is mistaken for the astuteness of Solomon? But since the majority of Ghanaians are ready to believe some of these half-educated politicians and what they expound to them—and with scores of people refusing to think for themselves—the devil is certainly bound to have all the best tunes.

This is why when a fairly balanced opinion is expressed, sympathisers of some political parties and some disgusting tribalists route for abuses due to an extreme form of bigotry or brutish logic developed by the crooked education system which formed them!

With financial gains as the reason for opening these schools, these proprietors are akin to traders in the avarice.

We do not need to mention the reasons why boarding houses of some of such schools have become a den for criminality. Has anyone mulled over our education system producing graduates with no jobs to occupy them? It appears that is the raison d’être of some graduates using the school system as a springboard to future ‘better’ jobs.

How pathetic that many troop into the Police Service with its paradoxical motto of “Service with Integrity”, the Immigration and the Customs Excise and Preventive Services as a means of enriching themselves in the shortest possible time.

We would like to know what we expect of Ghana for posterity when pedagogic moral moulders trade grades for sexual favours from their female students. People who are unqualified for teaching relegate pedagogy to the background and end up polluting innocent children both morally and academically.

With their dodgy money-making managers at the helm of affairs, the most vital preoccupation of some of these school owners, who need to school themselves on how to pass on knowledge to others, only force children to fill their heads with irrelevant nonsensical understanding. Forced to chew the cud, these children commit so many unimportant stuff to memory, thereby becoming the bleating sheep of George Orwell’s Animal Farm! Perhaps, it is apt to paraphrase Montaigne’s contention that a well-formed head is better than a full head.

In fact, ‘[a] little learning is a dangerous thing […]’. Over a century of education has not brought us any consequential benefits. We have thousands of scientists yet, we still import cars and common drugs against malaria; we have thousands of journalists, however, most of them are bedfellows of politicians and help disguise the truth for which they are meant to act as watchdogs; we have dazzling economists yet, our economy is seriously dancing to an oscillating and cacophonous tune being played by some undisguised puppeteers.

Maybe it is about time we reminded ourselves that knowing all the classical Greek literature, the entire psychology books, every bit of the philosophy books and being able to recite the whole of Shakespeare do not make an intelligent person.

We have read, re-read and memorised the Bible umpteen times but we always leave ourselves open for impostors with crooked reasoning and arguments to mislead us. Men who should be titled “Men of Lies/Darkness” have always entered our homes and led us to believe that they represent Light.

In sum, let us reiterate a point we made earlier: we hear sometimes of an action of damages against the unqualified medical practitioner, who has deformed a broken limb in pretending to heal it. But, what about the hundreds of thousands of minds that have been forever malformed by the incapable pettifoggers who have pretended to form them?

Although we are not against the abundance of private schools in Ghana, we are of the firmest opinion that the formation of the nation must not be left to profiteers; that, the Ghana Education Service adopts very stringent measures to ensure that the fellow who stands before twenty to thirty children with the aim of moulding their mental faculties is both of the highest integrity and is pertinent at the shaping of these young brains.