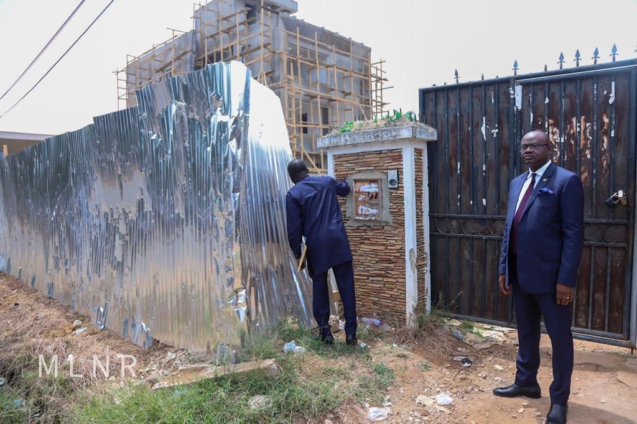 The Ministry of Lands and Natural Resources has ordered all parties involved in the dispute over the parcel of land on which the Bulgarian Embassy in Accra is situated not to carry out any further development on the land until a final determination of the matter.

The Ministry gave the directive in a press release issued on Monday, May 16, and signed by the Sector Minister, Samuel Abdulai Jinapor.

“The Ministry has directed the Lands Commission to ensure that there is no further development of the land pending the outcome of the court cases; For the avoidance of doubt, no person or entity is to carry out any development on the said land until the conclusion of the said court cases,” a part of the statement read.

The Ministry’s directive comes on the back of its release of portions of the Sole Inquirer’s Report on the matter.

The Ministry also directed the Lands Commission not to recognise and or register any individual or entity also until the final determination of the case.

“The Lands Commission is directed not to recognise and/or register any further transaction in respect of the plot of land until the final determination of the pending cases before the court (s) or an amicable resolution of the matters in dispute is reached.”

The Sole Inquirer was inaugurated on Friday, March 18, 2022, to investigate the circumstances surrounding the true ownership of some parcel of land in dispute between the Bulgarian Embassy and a private developer with terms of reference as follows: