Source: Ohemeng Tawiah
5 May 2021 9:52am
Excavator on fire at Oda Forest Reserve

The Ministry of Lands is relying on the support of National Security to enforce the directive on suspension of all mining activities in forest reserves.

A one-week ultimatum has expired for all cognisance and prospecting activities to cease, but the ministry says some recalcitrant miners are yet to move their equipment from site.

Deputy Minister-designate for Lands,  Benito Owusu Bio and Chief Executive of the Forestry Commission, John Allotey. monitored the level of compliance in some forest reserves on Tuesday.

Among them were the Oda Forest Reserve, Subin Water Belt and the Bosomtwe Forest reserves.

Several hectares of virgin forest, 40 times the size of a football pitch have been destroyed in the Oda Forest Reserve.

Officials at the Ministry of Lands say owners of the concession have satisfied all mining requirements except the acquisition of a mining  operating permit.

Several hectares of mined lands had been reclaimed by the miners who had acquired mining lease, forestry entry permit, among others.

A makeshift camp, excavators and bulldozes  under the protection of some security men were on site .

Benito Owusu-Bio was unhappy with the failure of the miners to suspend operations. He ordered one of the excavators and makeshift camp to be set on  fire to deter other operators.

“The company that is working here has been informed, written to by the District Forest Officer informing  them about the directive from the sector minister and they have confirmed receipt of such directive and such information.

And also previously in January, an exercise was carried on here  and in that exercise, 10 excavators were impounded here and seized and sent to Bekwai and still they are here so it tells you that they are recalcitrant,” Mr. Owusu Bio explained.

The story was different at the Subin Water Belt reserve where illegal miners had destroyed the forest and part of a cocoa farm with impunity.

“Most of the cocoa farms they’ve destroyed them,” Mr. Owusu Bio cried.

The situation has left several open mining pits scattered on the field.

Though no one was seen on site at the time of the visit, Mr. Owusu-Bio is insensed at the level of devastation.

Not only cocoa trees are affected; economic viable  tree species such as Hyedua and Ciderella have been destroyed also.

“What you see here was total blatant illegality and look at the level of destruction. You see the number of forest trees that they have destroyed. The tree you see behind me here is a ‘Hyedua’ tree; a very good economic tree. They destroyed them all,” worried Mr Owusu Bio said.

Mr. Owusu-Bio wants further investigations into the conduct of the miners operations.

According to him, the Lands ministry  which has no enforcement capacity will rely on National Security to ensure strict  enforcement of the directive.

“Enforcement, we have to keep on stressing. Enforcement is not the work of our ministry. Enforcement aspect of it is the mandate of the National Security apparatus and as such we will forward the information to them,” he said. 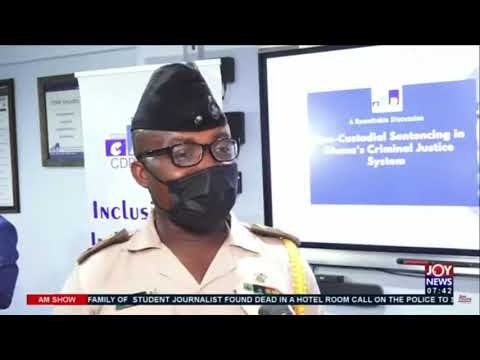