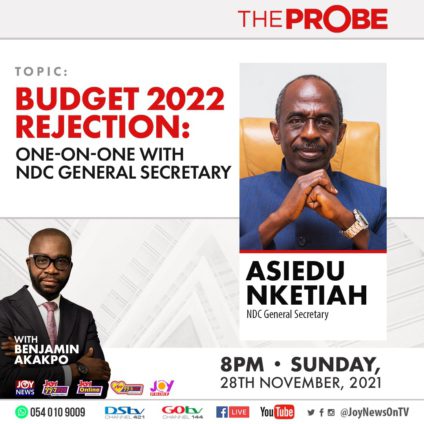 Though the rejection of the ‘Agyenkwa’ budget by the Minority has been described by their Majority counterparts as unconstitutional, the Minority has also justified their actions insisting that they acted within the remit of the law.

Tonight on The Probe, it’s a one-on-one affair with one of the men at the center of the drama which erupted in the House before the rejection of the budget, Johnson Asiedu Nketia.