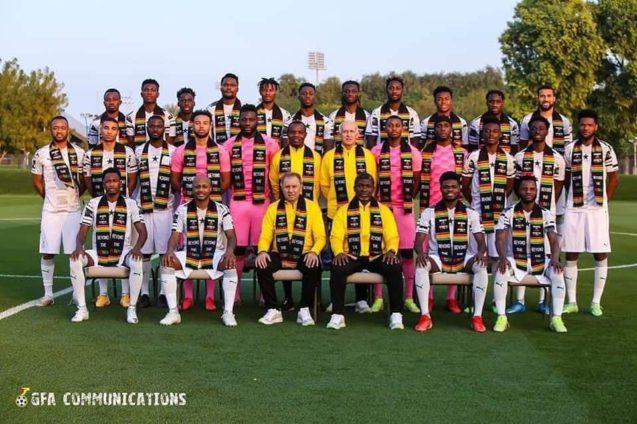 Former President John Dramani Mahama has extended goodwill wishes to the Black Stars of Ghana “in their opening game against Morocco later this afternoon and in subsequent matches.”

The 2020 Presidential candidate for the opposition National Democratic Congress in a Facebook post highlighted the importance of the sports adding that the senior national team has unwavering support at home.

“Football unites people, and we are all happy to rally behind the Black Stars to play well and annex our 5th African Cup Trophy after many years,” he wrote on Monday.

Ghana will go into the tournament looking to end a 40-year wait for yet another AFCON trophy.

The Black Stars last won the trophy in 1982, where they beat host nation Libya on penalties.

Since then, the West African side has managed three final appearances, falling short on each occasion – the recent 2015 loss to Ivory Coast on penalty shootout.

Meanwhile, President Akufo-Addo has urged the Black Stars to end the 40 trophyless years Ghana has experienced since it won the Africa Cup of Nations in 1982.

In a goodwill message, the President said although a lot is expected from them, he is optimistic the Black Stars will give their utmost best and make Ghana proud with a fifth trophy.

“I send best wishes from all Ghanaians to you, the playing, technical and management team of the senior national soccer side, the Black Stars. We are all happy that finally, the AFCON 2021 tournament, which was postponed last year, is now going to be held. The coronavirus pandemic notwithstanding.

Like every other edition of AFCON, the Ghanaian people demand nothing short of ultimate glory from the stars. The pressure to succeed is understandably high because of our status as four-time winners and also because it has been forty long years since we last lifted the trophy.

The target for you, naturally, is to bring the cup home. We have to go a step further than the second places we recorded in 1992, 2010 and 2015 and bring the forty years drought to an end. The task may be daunting, but it is certainly not insurmountable. I believe that in the current crop of players, we have the talent to match any of the best teams on the continent,” he said.