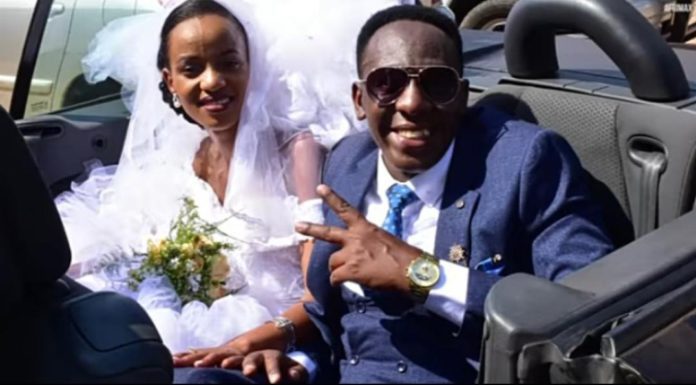 She is the best woman – This is the reaction of a man identified as Ndayisenga when his bride-to-be gave a nod to their wedding despite a last-minute confession he made at the altar.

Ndayisenga waited after years to disclose to his bride that he was a physically challenged man, specifically, he has no legs.

Sharing his story on Afrimax TV, he narrated that his wife, Deborah, was shocked to the core, yet she proceeded with the wedding after assuring him they would work things out.

Prior to that, Ndayisenga and Deborah had dated for two years, and she had no idea of his predicament whatsoever as they were never intimate, in fulfillment of keeping themselves pure till marriage.

Recounting how he became disabled, Ndayisenga said he was amputated from the knee after he was a victim in a bomb explosion.

He revealed that many people from his village bullied him over his condition, and many told him how no woman will ever accept to marry him.

He, however, knew Deborah was the one when they met for the first time during a singing competition.

While they were dating, he was unable to open up to her that his legs had been amputated due to fear of rejection.

Deborah, during the interview, stated that Ndayisenga is the best husband and she will always be on his side.

She also promised to ensure that he forgets his childhood trauma and the constant bullying he passes through.

They have been married for eight months and they insist that their union is the best thing that has ever happened in their lives.