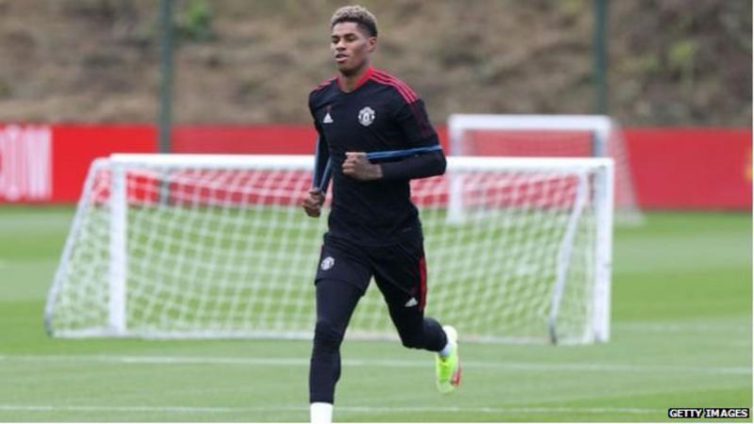 Manchester United forward Marcus Rashford took part in full training on Friday for the first time since having shoulder surgery.

The 23-year-old England international has not played since coming on as a substitute in July’s Euro 2020 final.

He had been troubled by the shoulder problem for months and had an operation at the start of August.

“There were a few tackles flying in on him but he seemed OK, which was nice to see.”

Speaking at a news conference before Saturday’s Premier League match against Everton at Old Trafford (12:30 BST), Solskjaer criticised the scheduling of matches.

United beat Villarreal in the Champions League on Wednesday night but will play again less than 72 hours later, while Manchester City and Liverpool, who both played in Europe on Tuesday, meet in the league on Sunday.

“We had no explanation, but it’s TV of course,” Solskjaer said. “There’s no common sense at all. We had the same scenario last season when we were in Turkey and came back and played.

“Us and Chelsea both played on Wednesday and could have easily played on Sunday while City-Liverpool could have been on Saturday.