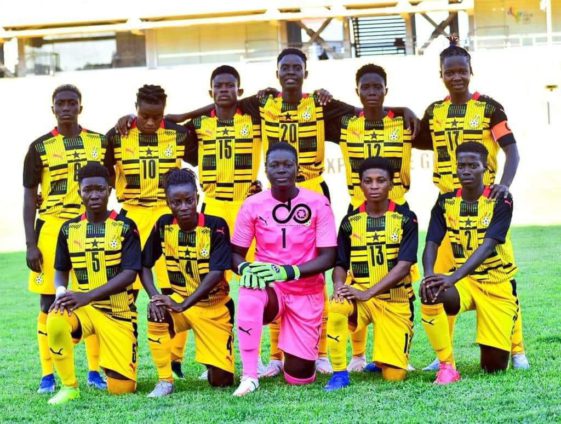 Head coach of the Black Queens, Mercy Tagoe, has lauded her team following their win over Nigeria in the 2022 Africa Women Cup of Nation qualifier despite losing on aggregate.

Ghana beat Nigeria on Sunday, by a lone goal at the Accra Sports Stadium courtesy Princella Adubea’s strike early in the second half but a 2-0 defeat to the Super Falcons in the first-leg encounter in Lagos meant the Queens were knocked out of the qualifiers with a 1-2 aggregate score.

However, Tagoe believes she put out a good squad on the day and though they achieved a good result, it was unfortunate they could not earn qualification to next year’s tournament to be staged in Morocco.

“We didn’t not qualify but we won, so we have a good team. I presented a good team and we won. Football is about winning, drawing and losing; And we won,” the Queens’ coach said in an interview after the game.

With the failure to qualify for the tournament also meaning Ghana will not be present at the FIFA Women’s World Cup in 2023, the Berry Ladies’ gaffer explained the next three years will be an opportunity to develop the squad and build a team capable of competing in the next years ahead.

“Unfortunately, we could not qualify so for now we have nothing else to do than to wait after three years,” she added.

“We are going back to the drawing board and start preparing. This is a very young team and we are doing a team building. We are going to develop till the third year.”

Prior to their elimination, the Black Queens had played in 11 of the 13 times the competition had been held, including hosting the last edition in 2018.