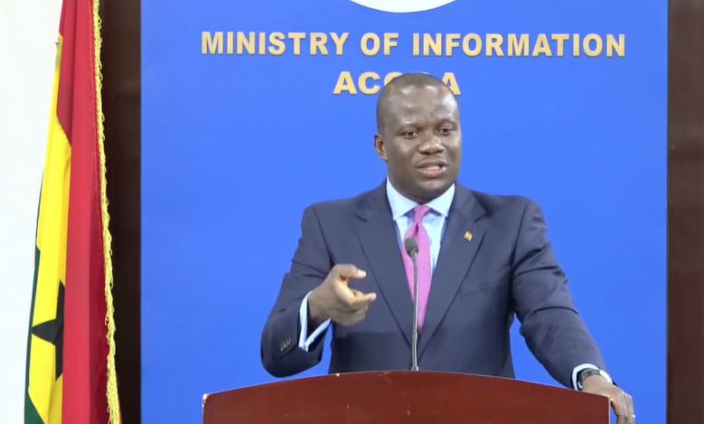 The Ministry of Lands and Natural Resources has dismissed reports suggesting that the military is to be held responsible for any failures in the fight against illegal mining.

In a statement on Friday, October 14, the Ministry said the reports were attributed to the Lands and Natural Resources Minister during his press update on the fight against ‘galamsey’ on Thursday.

It further noted that the Minister’s comment during the update were misconstrued.

“While the Ministry welcomes and commends the Ghanaian media for their interest and enthusiasm in matters involving illegal mining, for the avoidance of doubt, the Minister did not say the military is to be blamed or held responsible for any failures in the fight against illegal mining,” portions of the statement read.

The Ministry explained that the Lands Minister’s comment was rather to the “effect that the military has been put fully in charge of the operations on the ground.”

“Accordingly, they are to carry out their mission without interference from any person whatsoever. They are to take instructions only from the military high command on matters relating to the ongoing operations, and in accordance with their established command and control structures,” the statement explained the Minister’s comment.

The Ministry reiterated that it has absolute confidence in the professionalism, capability and integrity of the Ghana Armed Forces to accomplish its task.

Government has handed a “comprehensive list” of all licensed small-scale mining companies across the country to the Military High Command.

At a press briefing to provide updates on the fight against the menace on Thursday, October 13, Mr Jinapor stressed that this new operation will be sustainable and shall continue “until we get to a satisfactory situation with respect to illegal small-scale mining.”

“As they [soldiers] are in the field, they have the records of licensed small-scale miners and they are able to tell that this particular operation is not licensed, is not lawful and therefore it’s a ‘galamsey’,” he stated.

There are chief inspectors of mines and criminal investigation operatives to ensure that evidence is collected as the operation unfolds for purposes of prosecution, the Minister disclosed.

DISCLAIMER: The Views, Comments, Opinions, Contributions and Statements made by Readers and Contributors on this platform do not necessarily represent the views or policy of Multimedia Group Limited.
Tags:
Galamsey
Lands Ministry
Military
Operation Halt