My banter with Medikal on Twitter was a publicity stunt – Criss Waddle - MyJoyOnline.com 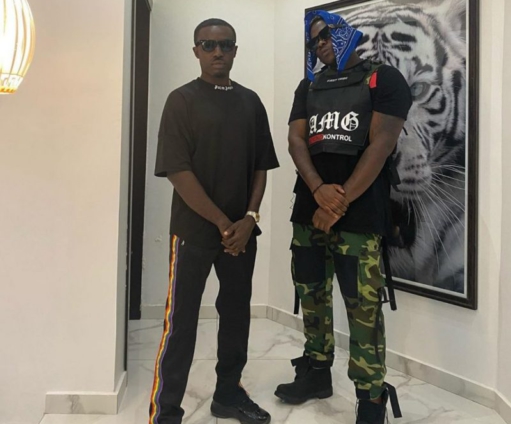 Ghanaian musician and entrepreneur, Criss Waddle, has revealed that his banter with colleague rapper, Medikal on Twitter was a publicity stunt.

Speaking in an interview with Sammy Forson, the AMG boss mentioned that his relationship with Medikal is still intact and there is no bad blood between them.

According to him, they agreed to do that on Twitter to create some hype around his newly released single titled, Take Me Back which features multi-award winning star Stonebwoy.

He stated that there can never be any issues between himself and the ‘La Hustle’ hitmaker.

“He [Medikal] has this free space to do what he is doing, so how can there be an issue? It was a publicity stunt. Publicity is expensive. If you go outside the country, they pay people to do these things for them.

“Even the big stars pay for these things. They call paparazzi for themselves and pretend as if they know nothing about it so it’s a normal thing,” he added.

Criss Waddle also told Sammy Forson that, even though there was a problem with the timing of that particular stunt, it still achieved the purpose for which it was initiated.

“The tweets were supposed to be out before the pictures and then the next day the song comes out but it did not happen like that because Medikal slept. It achieved its purpose and that’s why we are talking about it right now,” he said via Hitz FM.

The two were captured on Twitter ranting about an issue regarding Medikal speaking ill of the AMG boss to some undisclosed persons.

It is, however, very clear that the two only did what they did to create some awareness for Criss Waddle’s new song Take Me Back featuring Stonebwoy.

The BeatzDaKay-produced track is currently out on all digital stores.