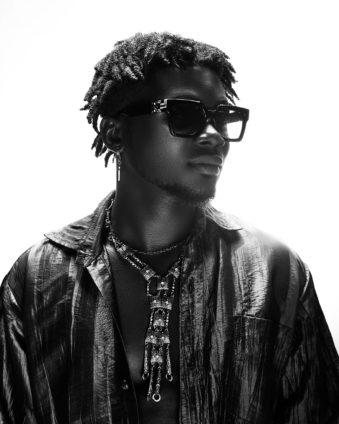 Musician Kuami Eugene has revealed that his househelp known as Mary, sang a line in his new single titled ‘I Feel Nice’.

According to him, the househelp sang the line ‘Oh I feel nice’, which intros in the song featuring South African musician Group Chat.

Speaking on Daybreak Hitz, Kuami Eugene told his doubting host, Doreen Avio, that he will share some of their recording videos.

“Mary did a line in my song, “Oh I feel nice’. I am being real. It was just her and me in the house. I have a video of when we were recording.”

“I will share it one of these days. She needs a cut for this one. Mary, we are hitting up Empire,” he said.

Kuami Eugene, however, said he would not want to put Mary out in the public.

He feels she is not ready for all the fame that comes with exposure, even though she did a good job on the song.

Mary has been working with Kuami Eugene for almost three years and is usually seen in a few of his live videos on social media sharing a word of advice and singing some of his songs.

The musician has so far released two singles after debunking speculations of leaving his record label Lynx Entertainment.

He explained that the first track titled ‘Single’ mirrors his exit from a toxic relationship.

The second is titled ‘I Feel Nice’, which features South African Group Chat, an empire collaboration.

DISCLAIMER: The Views, Comments, Opinions, Contributions and Statements made by Readers and Contributors on this platform do not necessarily represent the views or policy of Multimedia Group Limited.
Tags:
'I feel nice' song
Daybreak Hitz
Doreen Avio
Kuami Eugene